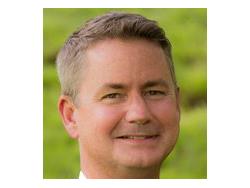 A business leader with more than 20 years of experience in enterprise project management, supply chain optimization, logistics, human resources and IT,

In his new role, Westerhouse will oversee Surya’s day-to-day operations and core functional areas, including customer care, human resources, IT, inventory, logistics and facility management. He will focus on developing and implementing organization-wide programs and processes to help Surya optimize and scale its operations as the company continues to expand its presence within the home furnishings industry.

Westerhouse most recently served as COO for Iron Mountain Fulfillment Services, a division of Iron Mountain (formerly Comac, Inc.). Prior to that, he held multiple operations positions at Comac, including managing director/general manager and director of corporate operations.

Westerhouse will report to Surya President Satya Tiwari and will be based out of the company’s newly opened Cartersville, Georgia headquarters.