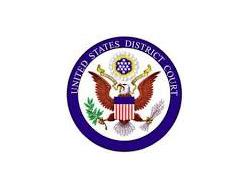 On April 9, 2013, the same court denied Mannington’s request for a preliminary injunction that would have forced Home Legend to remove its Maple Laminate floor collection from over 1,800 Home Depot stores.

In granting Home Legend summary judgment, which dismisses Mannington’s infringement claims, U.S. District Judge Harold L. Murphy found that not only was it not possible to copyright nature, Mannington had sought a copyright for a process and a useful article — two things for which there is no protection.

“The court concludes that the subject matter of the copyright — the 2D artwork — was not entitled to copyright protection,” Murphy’s order said.

Mannington argued that the artwork used in the laminate flooring was intended to look like rustic wood, which Murphy said lacked originality because the company “simply attempted to recreate the look of natural, rustic wood in another medium — artwork.”

Mannington argued that its design does not resemble actual wood grain. But Murphy, citing a California federal court decision in the 2013 case Proline Concrete Tools Inc. vs. Gord Dennis et al,  said that doesn't matter. He said the key point is that Mannington tried to reproduce something that occurs naturally and sought copyright protection for it.

When contacted by Floor Focus Magazine, Dan Natkin, director of Hardwood and Laminate Business for Mannington Mills, said,  “We are aware of the lower court decision regarding the copyright of Mannington’s laminate floor designs, and we’re considering our available legal options moving forward.”