Jerry Hosko to Retire from Redi Carpet at the Year's End 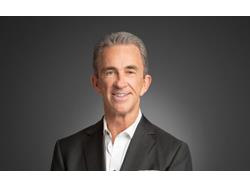 Stafford, TX, December 15, 2020-Redi Carpet has announced that Jerry Hosko is retiring from his duties as president and COO, effective December 31.

Hosko will remain in an advisory capacity with the company.

A 40-year veteran of the flooring industry, Hosko began his career in distribution followed by the pad manufacturing business. He spent the last 21+ years with Redi Carpet where he was instrumental in leading the company’s growth from five locations with $26M in revenue to 34 locations and over $300M in revenue.

Redi Carpet is 15th largest flooring dealer in the U.S. with $300 million in annual sales, according to the Floor Focus Top 100 list.

Listen to the interview with Jerry Hosko here.