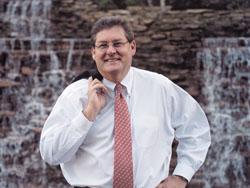 In 2007, with most carpet mills struggling to maintain their positions, Interface Inc., the largest carpet tile manufacturer in the world, had its strongest growth year ever, outpacing all the U.S. carpet mills. Globally, sales were up 18% to over a billion dollars, and U.S. sales rose 11%. The pace has continued into 2008 as Interface had a record first quarter with net income of $14.1 million.

It was in the early 1970s that Ray Anderson brought the concept of carpet tile from Europe to the United States, and in April 1973 he founded Interface Inc., the largest carpet tile manufacturer in the world. The firm went public in 1983. In 1993, Interface acquired California’s Bentley Mills and Georgia based Prince Street—eight years later, the two mills were combined to create Bentley Prince Street.

In 1994, Anderson had an epiphany about environmental sustainability and launched a pioneering green strategy that helped pave the road to sustainability for the entire carpet industry. Today, the North American carpet industry is the vanguard in the march toward sustainable manufacturing, in no small part because of Anderson’s mission.

Another major milestone came in 2001, when Interface’s design guru, David Oakey, applied concepts of biomimicry to carpet tile. The designs, the first of which was Entropy, allowed tiles to be installed randomly, thereby speeding up installation, reducing waste tile, and enabling selective tile replacement.

Today, the firm is run by CEO Dan Hendrix, with Anderson as chairman. John Wells, who has been with the firm since 1994, is president and CEO of Interface Americas. Bentley Prince Street, the firm’s California broadloom and carpet tile business, is run by Anthony Minite. Greg Colando is in charge of InterfaceFlor, based in LaGrange, Georgia.

Hendrix first learned of Interface in 1977 when his national accounting firm assigned him as audit manager for Interface’s account. When Interface went public in 1983, Hendrix joined the firm as finance manager and within a year was also treasurer. A year later, he was the firm’s CFO. In 2001, Hendrix was named CEO of Interface Inc.

Last month, Floor Focus caught up with Hendrix and discussed the strategies and business philosophies that have helped Interface Inc. achieve its current market position.

Q: Where did the carpet tile concept originate?

A: Heuga, a Dutch company, invented carpet tile in 1958, and it was the largest carpet tile company in the world, very strong in Asia and Europe. Ray Anderson actually brought the concept of carpet tile from Europe to the United States, and pioneered it with Milliken before launching Interface on April 6, 1973. Interface acquired Heuga in 1988.

So we took the largest carpet tile company in the world, Heuga, and put number two with them, which was Interface, and all of a sudden we had a global footprint. We thought we were leap-frogging our competition by ten years, back then. But when you go 20 years forward, we’re still the only ones that have a global manufacturing footprint. People still really haven’t internationalized their business with local manufacturing.

Q: Have you always had global manufacturing?

A: We manufacture on four continents and that strategy really came out of the 1988 acquisition. They had manufacturing in Holland and Australia and we had manufacturing in the U.K., Canada and U.S., so all of a sudden we really had an international footprint. We decided to put a plant in Thailand in 1994 to go into the Asia markets.

The idea was to go into local markets, because you get better service, you hedge currencies, you’re in the community. You’re able to set up really good relationships from a distribution standpoint. We’re not displacing jobs. Basically, we’re in the community manufacturing locally, servicing those markets.

Internationally, we’re 50% U.S., 50% outside of the U.S. And Asia represents $120 million of that. We are now building a plant outside of Shanghai. It will be completed within a year.

Q: What was it about carpet tile that enabled it to make such inroads?

A: If you go back to when Ray introduced the idea, it was originally all about the open plan office—systems furniture with electrical components, access flooring. They had to interface with something, which is why we called the company Interface. It connected the floor to the systems furniture.

You had to have something that could access the flatwire as well as the raised access flooring. And carpet tile was really the one product that worked with that concept. Broadloom really didn’t work over systems furniture.

Q: But cost wise, that had to be a barrier.

A: Back then, it was 40% more expensive than traditional broadloom carpet, but think of all the benefits of modular carpet. You’ve got selective replacement, it actually lasts longer, it’s cheaper to install today. Back then it was probably still cheaper to install because you didn’t have a pad. And again, less waste.

Q: When was the biomimicry concept developed?

A: It came out of the book by Janine Benyus, Biomimicry. David Oakey really grabbed a hold of the concept of looking to nature and sustainability for how to make a product. So in 2001 he held a two-day session with Janine Benyus, and the theme of the session was, “How would nature make a carpet tile?” We had John Wells in there, I was in there, and we had people from manufacturing, marketing and sales in there. We all went into the woods, and one thing we came back with was that if nature made a carpet tile, every one would be different. They wouldn’t be identical because nothing is perfect in nature. It always has its flaws but it all works.

And so the head of manufacturing said, I think we can make that product but we’re not sure what it will look like. So I think we spent almost a year trying to figure out how to make that product. We introduced Entropy at NeoCon and at first it wasn’t a great hit with designers, but with the facility managers it was, because they saw that the beauty of biomimicry carpet tile was that if you really had a problem with one tile, you could take it up and put another one down and it would blend right in.

So we finally delivered the modular promise of selective replacement, and it really took off. And it’s almost half our business today in the United States.

Q: Are there limitations to carpet tile that you’re still working to overcome?

A: There are always things you’re trying to have breakthroughs on. I’d say from a design standpoint it’s limitless. With all the new tufting technologies that create these high graphics and so forth, today it’s really all about how you create. You can design just about anything you can dream up and put it on a carpet tile. Every design that you dream up may not work on a carpet tile because it may not tile very well. So if you have limitations, it’s within the parameters of how to make it work on the floor.

Q: With the commercial slowdown at the beginning of this decade, what strategies did Interface develop to deal with it?

A: We went back to our core, which was modular carpet. At the time, we were pretty much diversified and integrated worldwide with interiors. We had an installation business, an access flooring business, a hospitality woven business in Europe, a fabrics business that sold to the sister furniture market.

I took over the company right at the peak and then all of a sudden the market’s down 35% within 18 months. At the time our business was about 45% carpet tile. Today it’s 90%. So we got out of about $500 million worth of businesses that weren’t around our core. And we either shut them down or sold them.

First we got rid of the access flooring business, which we sold to Haworth. Then we shut down our woven wool broadloom business in the U.K., which we had acquired right before 9/11—and 9/11 really destroyed the hospitality market. Then we got out of our installation business, and last year we got out of our fabrics business.

Q: How is progress toward Mission Zero by 2020?

A: Great. We’re about halfway up Mount Sustainability, as we call it. We’ve reduced our greenhouse gas emissions by 82% since the baseline of 1996, we’re introducing a 72% recycled content product at NeoCon, with both post industrial and post consumer content. We’re 25% renewable energy.

It’s just amazing how the principles of sustainability work in business. From an Interface perspective, it gives us a great competitive advantage. It gives a higher purpose to retaining great people. We just had a two and a half day session around 2020 and beyond, which was great. So I’d say Mission Zero is alive and well, and we’re marching up that mountain.

Q: Looking ahead, what market sectors will you focus on next?

A: Well, I would say the strategy has really moved over the last five years from an office focus with the ancillary markets trying to sell an office commercial product into education, healthcare and so forth to where wherever there’s a floor, we believe we have an opportunity to put carpet tile on it. And that strategy really has changed significantly over last five years, which has opened up a whole lot more opportunity for us.

In terms of emerging markets, which account for over 10% of our business today and is growing by 25% a year, I think that will continue as they bypass broadloom carpet because of all the benefits of modular carpet. I believe that modular carpet will find its way into the home. I think it’s the right product for healthcare, hospitality and education as well as the office.

Q: So now Interface is celebrating 35 years in the business. Where do you think you’ll be 35 years from now?

A: I wish I had that crystal ball. I expect it will be a very restorative company and we’ll have moved beyond sustainability. The challenge is to become that more restorative company and connect all the dots—community, education, and so forth—around carpet tile. I don’t know what other businesses we’ll be in. I’m sure we’ll be in recycling, I’m sure that we will backward integrate and mine from reclaimed products because oil will be too expensive. I think we’ll be off oil, for sure.

I believe bio-based and recycled content will be a big part of the product we’ll be introducing 35 years from now. That’s what carpet tile will consist of.