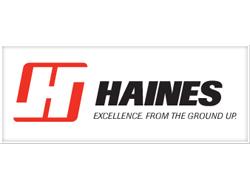 Lanning joined J. J. Haines in January 2014, after the company acquired CMH Flooring, where he had served as CEO. He became president and CEO of Haines in December 2018 and developed and implemented a plan to rebuild the company.

During the past two years, Lanning has led a successful turnaround effort that has positioned Haines for further growth. Lanning will work during 2021 in an executive position, continuing to build relationships with customers and suppliers.

In conjunction with Lanning’s plans, Ray Mancini, CEO of The Belknap White Group, will assume the CEO role at Belknap / Haines.