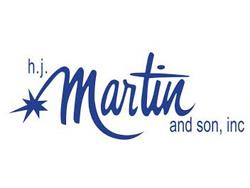 This marks the 20th and 21st AGC awards received by H.J. Martin and Son since the inception of the honor in 2003. It also continues a streak of ten consecutive times (2007-14, 2016) that the company has been recognized by the AGC of Wisconsin (the awards were not given out in 2015).

The two awards will be presented to members of the H.J. Martin and Son team at the AGC BUILD Wisconsin Awards Ceremony, October 5 at Glacier Canyon Conference Center in Wisconsin Dells.