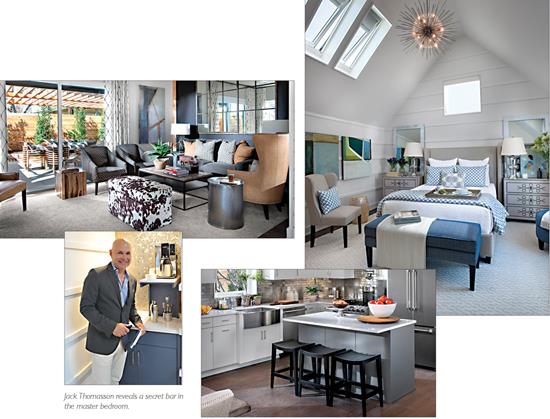 The site for this year’s HGTV Smart Home, featuring a wide range of Shaw flooring and wall tile products, is in an eclectic neighborhood called Zilker Park, which is only two miles south of downtown Austin, Texas. The neighborhood has a diverse mix of bungalows built in the 1940s and a smattering of new homes built where old homes have been torn down. Like many sustainable homes built today, this house is literally three blocks from everything—parks, schools, restaurants, drug stores, you name it.

The two-level modern farmhouse is approximately 2,300-square-feet, with three bedrooms and three baths, featuring a combination of advanced green building attributes and high-tech components to give the homeowner better control over entertainment, energy use, security, interior climate and lighting.

The home is part of a $1 million sweepstakes giveaway that culminates in early June. This is the 8th home that Shaw has partnered with Scripps Networks, HGTV’s parent company. The first five were called “green homes,” which evolved into “smart homes” to include the technology element.

Shaw’s engineered Epic hardwood with a distressed reclaimed look is installed throughout the main areas of the house, adding to the Texas vibe. Anso Caress nylon carpet has been bound into rugs in several areas of the home. In the master bedroom, hardwood flooring acts like a frame around a white patterned rug with a tuning fork design. The kids room features Shaw’s new Life Happens textured carpet with its LifeGuard moisture barrier backing system.

From a technology perspective, the skylights, window shades, lighting, entertainment system, security and HVAC system can all be controlled from an iPad. When the homeowner leaves for work in the morning, he can push one button to lower the shades, turn off all the lights, arm the security and set the cooling system in “away” mode.