Greenbuild 2007 Moves From L.A. to Chicago 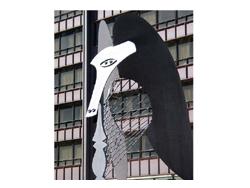 Washington, DC, February 13, 2007--The U.S. Green Building Council's (USGBC) Greenbuild International Conference and Expo, the premiere green building conference in the world, is moving to Chicago for its 2007 show, which will be held on November 7-9, 2007, as previously announced. "Chicago is welcoming us with open arms" said Peter Templeton, vice president of Education & Research, USGBC. "Chicago is not only one of the greenest cities in the country, Mayor Richard Daley has set a high bar for sustainable leadership and green building is a significant part of his commitment."

Templeton acknowledged that the move from Los Angeles to Chicago was not undertaken lightly.

"We'd like to thank the USGBC Los Angeles Chapter and Los Angeles Host Committee for their incredibly hard work to make Greenbuild 2007 a success, and we're looking forward to bringing Greenbuild to Los Angeles in the near term. However, in January we had agreed to a date change from October to November, in order to support a business development opportunity for the Los Angeles Convention and Visitors Bureau (LA, Inc.) and better accommodate our growth. But last week LA, Inc. notified us that in order to fulfill our needs, we would now need to move to a December date. We felt another date change would be detrimental to Greenbuild, and our ability to serve our members and our sponsors. A venue change for 2007 became our only option."

Chicago, a cradle of American architecture, was also one of the first cities to adopt the Leadership in Energy and Environmental Design (LEED®) Green Building Rating System, and now has more building projects registered to earn this prestigious certification than any other city in the world. The new West Building at McCormick Place is a LEED registered project and Greenbuild will be one of the first major shows to be held there.

"Chicago is committed to becoming the most environmentally friendly city in the world," said Mayor Richard M. Daley. "Chicago was one of the first cities to adopt LEED for the construction of all new city facilities and to develop an expedited permit process for LEED certified green buildings. As a signatory to the U.S. Mayor's Climate Protection Agreement and a member of the Clinton Climate Initiative, Chicago is also a leader in reducing greenhouse gas emissions and we are pleased to be working with USGBC to make green building a key element of our efforts. We look forward to hosting Greenbuild 2007 and to sharing our green buildings experience with the participants."

Greenbuild 2006's record-breaking attendance underscored the exponentially growing interest in sustainable design and construction, and hosting Greenbuild is considered to be an excellent way for cities to showcase their green building programs and sustainability commitments. Held in Denver, Col., the 2006 show welcomed 13,500 attendees and over 700 exhibit booths and the global attention Denver received for their green commitments was substantial.