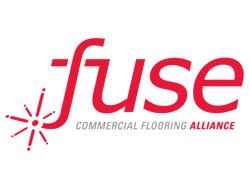 Over the course of the last year, the commercial contractor group added seven new members, for a total of 94, and six new suppliers.

Geoff Gordon, executive director of Fuse, reports that across the U.S. and Canada, the group still has gaps that it hopes to fill with member contractors, and that it is currently vetting some potential partners currently, believing that it will ultimately max out at 105 to 110 contractors.

This year, Fuse announced the launch of the Spark Awards, a platform to honor the network’s most impressive flooring designs and installations. Winners will be announced at a later date.

Our audio interview with Gordon on the event is located here: http://www.floordaily.net/flooring-interviews/geoff-gordon-discusses-highlights-from-the-fuse-alliance-meeting-in-austin585.