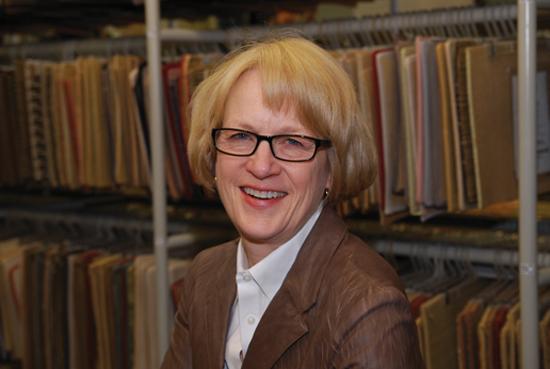 President and CEO of Starnet, Jeanne Matson is a shape-shifter in the best sense of the word. She transitioned from being a brand manager in the cosmetics industry to CEO of a commercial cooperative of flooring contractors, a significant change in both concept and culture. For the last three years, Jeanne has also served as an advanced emergency medical technician (EMT) on nights and weekends for her hometown’s volunteer ambulance core. She pursued her EMT license to spend more time with her two teenagers, who were studying for their licenses. In addition, Jeanne is active in the Connecticut chapter of the International Women’s Forum, a professional organization for women. And, on select Sundays, she serves as a lay reader for her Episcopal congregation. It probably won’t come as a surprise, then, that Jeanne lists the ability to multi-task as one of women’s greatest strengths in leadership.

Q. How do you think it benefits the flooring industry to have women in leadership positions? How about as the head of the leading commercial flooring contractor co-op?
A. Actually, I think men and women have an equal opportunity to be successful in most roles, although they might approach the job differently. For Starnet, having a woman in the leadership role has worked because the job demands the ability to multi-task many projects at a time, to understand the individual needs of our members and, because the entire staff is home-based, to function in a role which spans from basic administrative duties to pretty involved strategic issues. Obviously, a man can be successful, also, and would bring different strengths to the job.

Q. Starnet is unique among flooring industry trade groups as it has been led by a woman for several years. Why do you think Starnet’s board prefers women in this role?
A. Starnet has a small staff and the board wants the strongest, most committed people in all staff roles. When I was hired four years ago, I don’t believe there was a preference for either a male or a female in the job. They just wanted a good person who could help move Starnet forward. My predecessor, Lori Dowling, was a female and very effective, but I think the board knew they could duplicate that success with either a male or a female.

Q. Talk about the career growth that led to your current position at Starnet. What did it take to get ahead at Clairol/Procter and Gamble (P&G)? How has that contributed to what you now accomplish at Starnet?
A. I think I was successful at Clairol/P&G for several reasons. I was in brand management, so I depended on a diverse team of professionals to work on my projects. While these people had a range of skills and training, I was appreciative and respectful to the entire team and my personal style didn’t change regardless of the level of the team members in the organization. As a result, I discovered that people on the team put my work as a priority over other projects. Personally, I always worked hard and I was willing to take career risks. I loved the work and always put the business ahead of my personal goals, so I learned early on that achieving business results led to personal advancement. Finally, I manage stress well and am pretty even-tempered, so I never altered my style regardless of the pressure of that job. People knew what to expect from me.

Q. How does being an executive in the flooring industry differ from being an executive in the cosmetics industry?
A. Stated simply, business is business. It’s all about delivering the best possible product, both in terms of quality and design, while establishing trust and mutual respect for your partners in the business. It’s all about never getting comfortable with the status quo and always seeking ways to “plus up” your product and out-think the competition. The cosmetic business was very emotionally driven and most of the consumer purchase decisions come from feelings versus facts. We called it “dreams in a bottle.” In the flooring industry, emotion isn’t the game, but quality, design and superior performance is equally important. It has been fun for me to leverage my past training in this new arena and I enjoy it just as much.

Q. Based on your four years of experience in the flooring industry, do you think the men in this industry are old fashioned when it comes to their perception of women in leadership roles?
A. In my experience, the men in this industry are progressive and I haven’t perceived any issue with my being a female. Overall, I think women have the responsibility to operate as equals with men and to make their female strengths an advantage in business. Women can capitalize on a stronger intuitive sense, tapping into creative judgment and interacting with people with a goal of remaining focused on business issues despite family pressures.

Q. As a woman, what dimension do you bring to the decision making process?
A. I don’t think women get “win-lose” as quickly as men do and, through the decision-making process, are able to stay focused on the greater good longer than men. Also, I think women are quicker to reach a compromise position, which is often the best outcome.

Q. Last year, the first woman was elected to the Starnet board. How has this changed the dynamics of the boardroom?
A. We do have our first female board member, Cheryl Acierno from Acierno & Company in Denver, and she has fit right in. I believe her election demonstrates that the Starnet members value experience and capability regardless of gender, and Cheryl has made significant contributions already on the board. One difference I see is that she is willing to raise her hand and say, “I don’t know the history here. Give me some background,” more readily than the men!

Q. How do you think the corporate experience differs for women and men?
A. The biggest difference I experienced on the corporate side is that men fit more comfortably into corporate social patterns like playing golf and going out drinking after work than women do. Those informal interactions can be real career builders and it’s tougher for women to navigate that world in my experience. I even had one episode, early on in my career, where we were debating an issue in a large meeting and the senior (male) person left for the men’s room. Several men on the opposing side to mine went with him and he came back to our meeting convinced of their recommendation. How could I combat that?

Q. Tell us about some of your frustrations as a woman in the business world.
A. Overall, I don’t have that many frustrations. However, as I noted above, the social interaction can be very exclusionary and your ability to influence a senior management person, who happens to be a male, can be compromised. Also, while I worked for several women over the years, I don’t think women typically mentor as naturally as men do. I’m not sure why, but perhaps women are more protective of their positions because they perceive the opportunities to be fewer than for men.

Q. What do you consider your greatest career success?
A. I am most proud of my success at navigating into P&G after so many years at a smaller, more informal Clairol. By the time I left P&G, I know I had earned respect within that organization even though I would always be considered an outsider. I am also proud of my transition into Starnet and how quickly I have morphed into becoming a “flooring person.” The board showed courage in hiring someone from outside the industry and I have worked very hard to come up to speed.

Q. What is the secret to your success?
A. I am a nice person and I truly respect people with all backgrounds and work experience. I don’t think I am better than anyone else; I also don’t think that anyone is better than I am. I like to work hard and I always have fun in my work. I like to laugh and I think we all take ourselves too seriously in our jobs. The work is important, but we have to learn to have fun doing it.

Q. Who played a key role in making you who you are?
A. My father. He was an older dad, but he instilled a strong sense of work ethic in me as well as the knowledge that I had to get an education and have a career in order to always take care of myself. He was respectful of people in all lines of work, but he wanted me to have a career that was intellectually challenging and fulfilling.

I’ve also gained insight on how to manage people and organizations from reading books like Jack Welch’s Winning. I’ve also used some of the philosophy that was reinforced in the Gallop book, Now Discover Your Strengths, which teaches managers to focus on people’s strengths instead of overcoming their weaknesses.

Q. How do you balance your family life and your career?
A. Well, for many years, my needs came in last behind my family and my career! Seriously, you have to find a way to keep both sides of your life in balance and to work very hard on both so that nothing gets left behind. I had my kids later in my career, so those sacrifices were easy. I also had wonderful support at home and that made a huge difference. Fortunately, my husband understands the sacrifices we all have to make and we have good kids. We have been able to raise them in a solid community, which rewards academic success and achievement.

Q. Do you sense that the perception of women’s role in the business world varies by region?
A. I think regional influences do affect how men view women in the work world, but I see attitudes, both good and bad, crossing geographies and age. I was amazed that, as my work career took me from one generation of men to another, I didn’t necessarily see a huge stride forward in terms of their perception of women in the younger group. In some cases, they were more “traditional” and less progressive than the older generation. I think this has to do with a man’s upbringing, his respect for his mother and sisters, and his progressiveness in understanding that all members of a team can make contributions regardless of gender.

Q. What does the flooring industry need to do to improve?
A. We need to think more strategically. Producers need to think about the long-term health of the industry and support the channels-to-market that make sense in the long range. Relationship-based decision making is healthy to a point but there are times when it precludes the necessary business decisions that need to be made that will let this business evolve to the next level.

I want to compliment the companies in the commercial market that recognize how flooring can impact the human work experience and put emphasis on design and performance. Fortunately, many of our suppliers do recognize that this is a fashion business and they also recognize that flooring does not become a floor until it is installed correctly.