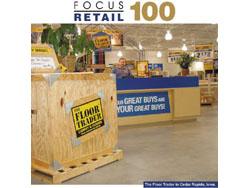 The residential flooring business remained fairly healthy through the first three quarters of this year, but as the unprecedented rise in home sales came to an end, flooring sales also began to weaken in some regions of the country. Volatile oil prices, rising product costs and depressed regional economies have added to the slowdown. So has a general unease about everything from global conflict to global warming. Given all that, a year of modest growth in the retail flooring business starts to sound like a real success story.

Fortunately, the core strength of today’s market comes from the baby boomers, and their spending will continue to keep the market stable for many years to come. They may not be buying second homes like they were over the last couple of years, but their love of creature comforts and luxury purchases should help secure a steady flow of dollars into the remodeling and renovating channels for the foreseeable future.

Don’t count out the housing market anytime soon. The tremendous pace of new and existing home sales over the last few years broke all housing records, and led to incredible profits for businesses in the home building industry. Growth was off the charts, thanks to record low mortgage rates. However, everyone knew that growth wasn’t sustainable and the slowdown we’re now facing was inevitable. The question is whether this is just a market correction or if the housing bubble has really burst. The jury is out until sometime next year.

The good news: mortgage rates are still very reasonable, about 6.25% for a 30 year fixed rate loan, and it’s a buyer’s market out there. All in all, it’s still a good time to buy a home.

Existing home sales in August dropped 0.5% from July to a seasonally adjusted annual rate of 6.3 million units, 12.6% lower than the previous year. Meanwhile, new home sales climbed 4.1% in August, following a three year low in July, though overall sales are down over 17% in the past year.

Regionally, sales were strongest in the Northeast, where they rose 1.9%. For the year, though, they were nearly 12% lower than this time last year. The picture was worst in the West, where sales through August were down 22.8% from a year earlier.

At the same time, though, home prices are also dropping for the first time in years. According to Moody’s Investors Service, median existing home prices may fall by 3.6% next year, and that number will go as high as 20% in some regions, most notably the southwest coast of Florida, and the major Metro Markets of California, Arizona and Nevada, as well as Washington, D.C. and Detroit.

Last month, the Mortgage Bankers Association reported a decrease in mortgage applications of over 5% from the previous week, down 13.3% from the previous year. On a more positive note, the National Association of Realtors reported that the Pending Home Sales Index, based on contracts signed in August, rose 4.3%, though it’s still 14.1% lower than August 2005. The index was up the most in the West, followed by the South and Northeast, while the Midwest was flat.

D.R. Horton, the largest homebuilder in the U.S., reported fourth quarter home sales of $2.5 billion, compared to $3.8 billion for the previous fourth quarter, down about 35%. For the year, sales were down only 5%, a graphic illustration of a hard slide over the summer.

Toll Brothers, the leading builder of luxury homes, reported that revenues over the first nine months were up 14%, though third quarter revenues were down a hair. Most telling, however: signed contracts over the previous nine months were at $3.75 billion, down nearly a third from the comparable nine months in 2005.

A Look at Regions

Unlike past slowdowns, there were great differences in flooring sales from one region to the next. According to the Top 100 Retailers we spoke with, business remains strong in the Sunbelt, from Florida all the way to Texas. Most reported that the Southwest, California and the Pacific Northwest were still strong, while business in the Northeast was middling. Retailers in the Midwest seem hardest hit, particularly in the upper Midwest, where the struggling auto industry has created serious economic hardships.

Builder retailers often had a different take on things. That group reported that markets going gangbusters as recent as a year ago—Arizona, southern California and Nevada—were now stuttering. However, they agreed with replacement retailers that the Sunbelt remained strong.

The retailers we spoke to report that hard surfaces continue to take marketshare from carpet. Most reported moderate growth in laminate sales and strong, steady growth in hardwood, but the strongest hard surfaces in today’s market are ceramic and stone. Vinyl continues to flounder.

Carpet sales seem to be holding steady or even growing slightly, but in a healthy retail market that means a loss of marketshare. New designs, patterns and constructions have prevented carpet from losing too much ground, and increased costs have reportedly had little impact on the consumer, so the story seems to be not what’s wrong with carpet but what’s right with hard surfaces.

Exotic and rustic looks in hardwood continue to be wildly popular with homeowners, and the ceramic tile trend, dominated by stone looks, continues to grow.

Retailers who have been adding non-flooring interior elements to their mix report that those categories—usually window treatments and countertops, and occasionally lighting—are all growing. Builder retailers have also been expanding their product lines, and several now offer granite fabrication for countertops.

Low priced products have been strong sellers over the last year, but even stronger have been high price products, with growth in big ticket items like hardwood, ceramic and natural stone. Interestingly, the middle price points seem to show the least activity.

The builder business continues to consolidate, as you’ll see in the highlights on page 22. California’s Interior Specialists has been racking up the acquisitions. Creative Touch Interiors, the flooring arm of Home Depot’s H.D. Supply builder business, continues to build its empire, while the $4 billion home building supply company, Stock Building Supply, seems to be following in its footsteps with the acquisition of Illinois based Coleman Floors.

For highlights and a list of the Top 100 Retailers, see the November 2006 issue of Floor Focus Magazine.