Emil Ceramica Exhibits at Coverings as a Mohawk Entity 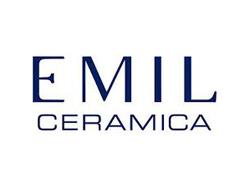 Orlando, FL, April 4, 2017—Emil Ceramica is exhibiting at Coverings 2017 now that it has recently become part of Mohawk's family of tile brands.

Technically, It was the Marazzi company in Italy that made the aquistion but Marazzi is owned by Mohawk.

Through the acquisition, Marazzi adds two more Italian factories to the five Italian and two Spanish facilities it already owns.

In the U.S. market, its most popular looks are wood and concrete. The company also produces stone looks.

While the average landed price for Italian tile is $1.95/square foot in the States, Emil Ceramic’s is 30% higher, and the 2016 turnover for the company was approximately 150 million euros.

Sergio Sassi, vice president of sales for Emil Ceramica—who has transitioned from being a shareholder at Emil to a Mohawk employee—says the companies are in the early stages of sharing their processes and learning from one another.

Mohawk adds the Emil Group's brands to its existing Marazzi, Ragno, Dal-tile, and American Olean  tile brands. Emil's Ukrane facility was not part of this acqusition.