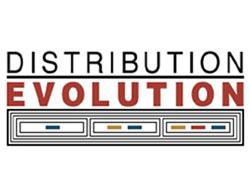 The cash and carry outlet concept created by Floor & Decor Outlets of America has been so successful that both CCA Global and Alliance Flooring are now creating their own versions of it. CCA Global’s is called The Floor Trader, while Alliance Flooring is sticking with the tried-and-true Color Tile name for its new store concept, which will be called Color Tile Outlet.

I think it’s ironic that these two retail groups decided to introduce a new store concept that’s as close to the big box concept as anything they’ve tried before, at a time when the big boxes are struggling mightily to make money with their flooring concepts.

Hold your horses, though, before you think I’m criticizing them as a bad idea. The fact is, both concepts should do very well, because they have something the big boxes don’t have—a core competence in floorcovering. As I’ve mentioned before, the big boxes pay their people so poorly, and move them around so often, they’re unable to get people who understand how to run a floorcovering business. That problem starts with the buying process and goes all the way to the people selling the products—and the installers.

The people who are going to be buying into The Floor Trader and the Color Tile Outlet, on the other hand, are for the most part entrepreneurs who have spent their lives in the flooring business. That’s going to make all the difference in the world.

The Color Tile Outlet will stock a wide variety of brand name hard surface floors and sell them cash-and-carry at mill-direct prices. Alliance Flooring expects to add over 100 locations—both co-branding existing locations and opening new stores—in the next 18 months.

The Floor Trader will carry both carpet and hard surface floors. Stores have already opened in Hiawatha, Iowa and in St. Louis, and at least three more locations will be added next year—in Denver, Mobile, Alabama and Ardmore, Oklahoma—with a total of 20 in business by 2008. The stores will range in size from 7,800 square feet to as large as 20,000.

The Floor Trader also has one other unique trump card. It will be headed by Eric Demaree, who headed Home Depot’s flooring business for years. Demaree not only knows the flooring business, but he also knows the strengths and weaknesses of the big box concept as well as anyone.

How many of you remember that little redheaded kid named Ricky, the impish star of those ads that introduced Stainmaster to the world 20 years ago? Yup, it was 20 years ago that BBDO Worldwide introduced the biggest ad campaign the American floorcovering industry has ever seen.

In less than two years, DuPont spent an estimated $150 million promoting Stainmaster in one of the most successful ad campaigns in Madison Avenue history. Before it was over, little Ricky had been seen spilling food over this remarkable stain-proof carpet some 1.7 billion times.

Stainmaster is still going strong 20 years later, but the tone of the TV spots has changed considerably. Recent spots show fashion models on a runway with the camera aimed at the carpet below their feet. These ads target women who are looking for luxury.

Probably the most significant thing that Stainmaster has done in its 20 year history is keep the emphasis on getting consumers to buy high end floor fashion, something that a lot of manufacturers and retailers have failed to do.

Happy birthday to Stainmaster and congratulations to the people behind it. I certainly hope it goes on for another 20 years, then another 20 after that. This industry needs quality products, especially ones that focus on upgrading the consumer. And that’s certainly what Stainmaster is all about.

CCA GLOBAL: ONE FOR ALL

CCA Global, the nation’s largest floorcovering co-op, did something this August I’ve been hoping they’d do for a long time now—held a single national summit for all 14 of its divisions, which have a combined total of 3,600 stores and sales of $9.6 billion. Not only did the joint meeting bring more than 2,000 members together in one venue, but it made it possible to engage some of the best speakers ever assembled at an industry event—folks like NBC news anchor Forrest Sawyer and motivational speakers Pat Croce, author of “Lead or Get Off the Pot!”; Jason Jennings of “Think Big—Act Small” fame; and retailer Jack Mitchell, author of “Hug Your Customer.”

My partner Kemp Harr spent three days listening to those speakers and to the key moves made by the CCA groups. Among the most important changes he reported:

• A new website from Carpet One, the oldest and largest of CCA’s divisions, where consumers can go to preshop and even order samples before they hit the bricks and mortar. It makes Carpet One the first retailer to sell installed flooring to consumers through the Internet—an important move to combat the growing competition from Internet flooring sites.

• The relaunch of the exclusive Lees brand of carpet under the slogan “Relax...it’s Lees.” There are 22 new styles with over 600 SKUs. The line will have 3M’s Scotchgard and a 25 year stain protection warranty from 3M and Mohawk. There’s also a good looking merchandising gallery designed by the architectural firm FRCH.

Kemp also mentioned that some of the members he spoke to see CCA as a toolbox of resources they couldn’t afford to purchase on an individual basis.

The housing market continues to slump, but Home Depot’s builder business, Home Depot Supply, continues to make acquisitions. Among its latest grabs: Texas Contractors Supply and Rice Planter Carpets, a flooring contractor with locations in Myrtle Beach and Charleston, South Carolina. Rice Planter will be part of the Creative Touch Interiors division of Home Depot Supply, which has quickly grown into the dominant builder retailer in the flooring business.

In the second quarter of this year, Home Depot Supply’s sales tripled to $3.5 billion, largely as a result of acquisitions.

Home Depot Supply constitutes a serious threat to independent flooring contractors, who have seen their sales soar in the wake of the last five years of strong home sales. In the long haul, H.D. Supply is likely to have the same problems it has in its warehouse stores giving its customers the kind of service they’re used to from independents. But in the meantime, they could do some serious damage to our friends in that business.

Stay tuned for regular updates on the builder business.

Maybe you think it’s hard enough making money selling floorcoverings that the thought of adding a non-flooring product to your mix is definitely not in the game plan. But don’t turn the page just yet, because one L.A. retailer’s experience might change the way you think.

Two years ago, George and Helen Dubiecki of Home Carpet and Window Treatment became a Hunter Douglas Gallery dealer, and business nearly doubled in 2005. “This year, we’re even ahead of last year,” George Dubiecki says.

Why such dramatic success? Without succumbing to manufacturer hype, there are several possible reasons: the display, which takes up between 700 and 800 feet, is great looking, and it’s very customer friendly. Just possibly, it put enough extra energy into the Dubiecki’s business that it became the magic bullet every retailer is looking for.

I’ve always thought that adding non-flooring products would do one important thing: bring regular customers in the store more often. If it’s a product that’s not too complex and difficult to sell and service, that’s an even greater advantage.

Installation has always been the greatest challenge floorcovering retailers face, so anytime somebody comes up with some gadget to make it easier, it’s worth looking at.

ClearFit LLC, a Lothian, Maryland company, has just marketed a template scribing tool for cutting thresholds and sills precisely every time. Sounds great for jobs like hotels that have hundreds of room thresholds that are all the same size.

If you want to take a look at it, go to clearfit.net.

A NEW AID FOR RETAILERS

Bricks and mortar retailers are feeling the pinch from Internet retailers, as we saw at the CCA Global meeting. Carpet One’s new consumer website was quickly followed by the WFCA’s new site, which was designed to connect its members to the 40% of today’s consumers who research products online before they go into a store.

The WFCA site is similar to Carpet One’s but the WFCA will spend money promoting it. It gives consumers all the tools they need to not only find the right floor, but also to pick the colors they want in the room they’re redesigning, and only then go out and find the retailer they want to do the job for them.

“We know the number one barrier to sale is the consumer’s lack of confidence in a retailer,” says WFCA president Chris Davis. “For the first time, consumers looking for information about floorcovering on the web can visit our site, obtain the information they need from an unbiased source, and then select a retailer they can trust.”

The WFCA has signed a deal with Rebecca Cole, who Discovery Channel devotees will recognize as the host of “Surprise by Design.”

Cole will not only share her design experience on the site, but she’ll also talk about it on TV shows like Oprah, Good Morning America and The Today Show. There will also be interviews in the leading shelter magazines, and ads in newspapers in major Metro Markets nationwide.

If you’re interested in being one of the retailers recommended on this exciting new site, you have to be a member of the WFCA. But as Chris Davis says, the average ticket sale through the FCCCA’s credit program last year was $3,636. So just one sale from a lead generated through the new site will cover the cost of membership.

Not a bad return on your investment.