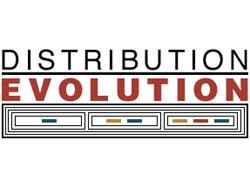 In every survey we do—the Retail Survey, the Top 250 Design Survey, the Contract Dealer Survey, the Facility Managers Survey—installation is always the top problem, year after year.

Why haven’t we been able to solve the problem? Well, installing a carpet or a hardwood floor is complex, and a lot of factors go into it, most notably the competence of the installer and the quality of the product, with competence being the biggest problem. Of course, if you don’t pay installers enough, competence is always going to be a problem, and the fact is, most installers don’t get paid enough.

There’s only one group I know of that’s tackled the problem head on, and that’s the Carpenter’s Union, which includes all the nation’s unionized installers. Not only do union installers get paid the kind of wage a skilled craftsman should be paid, but some five years ago, union leader Douglas McCarron started INSTALL (the acronym for International Standards & Training Alliance), whose goal was to give union installers the best training available. McCarron reasoned that if his members could do a better job than anyone out there and not only do the job faster than less skilled workers, but also save clients money on callbacks, it would justify the extra wages they were paid.

McCarron set aside $100 million a year for the program. A $25 million training center was built in Las Vegas where the trainers are trained. Then 25 training centers were set up around the country where both apprentice and long-time installers are taught how to install carpet, hardwood, vinyl, linoleum, rubber, tile, stone and laminate. Every apprentice installer has to take 160 hours of training for every surface he installs, plus 30 hours of OSHA training. When these men are finished with their four year apprenticeships, they are without a doubt the best trained installers in the floorcovering industry.

Last month I was invited to a meeting in New York that was designed to not only introduce INSTALL to the New York Metro Market, but also to tell manufacturers’ reps in the area what the program is all about. Right now, the program is supported by 37 manufacturers, including most of the major commercial floorcovering manufacturers. The manufacturers are already firmly committed to INSTALL, but many people in the field know little or nothing about it. The New York meeting, which was chaired by Dave Meberg of Consolidated Carpet, went a long way to change that. John McGrath, the new INSTALL national director, told the sales reps in the audience what INSTALL was all about, and how it can help them cut the many millions of dollars in claims manufacturers suffer every year because of poor installation. The union also plans on spending money on advertising to get the INSTALL message out to manufacturers reps, designers, architects, facility managers, contract dealers and retailers throughout the U.S. and Canada.

So far, INSTALL has made an impact in the Philadelphia, Vancouver, Minneapolis and Chicago Metro Markets, but it’s just getting started in New York and many other major Metro Markets. So far, the large majority of INSTALL clients are contract dealers. Very few retailers are involved, since few mom and pop retailers work with union labor.

Even if you don’t use union installers, the INSTALL program has an important message for everyone in the floorcovering industry: If you want to solve the installation problem, you have to spend money on training your installers, then you have to pay them well. We can talk about solutions all we want, but I think the Carpenters Union has already found one.

I’ll keep a close watch on the INSTALL program and try to get some idea of how much both manufacturers and dealers can save by having topnotch installers do the job.

When you do well in life, you have an obligation to give back to the community you live in. One organization that certainly lives by that tenet is CCA Global Partners and its flagship retail group, Carpet One. In October, Carpet One began its twice yearly campaign to raise money to fight breast cancer. This year, the group is selling custom designed pink ribbon welcome mats in all its stores; 25% of the proceeds will go to The Breast Cancer Research Foundation.

CCA Global also recently held its fourth annual FCIF Golf Tournament at the Evergreen Marriott Resort outside Atlanta. FCIF, you should know, is the group that gives money to people in our industry who have had life-altering medical problems. This year, 131 industry execs came from all over the country to play golf and donate to this important cause, and $155,000 was raised.

I was talking to a retailer friend of mine recently and he said the retail groups have had a positive impact on our industry in the past 15 years for one significant reason: they were finally able to get dealers to raise their prices.

My friend had one concern about the future, though. He thinks the groups may now be adding too much cost to the systems they created.

HOW TO BE GREEN

If you’ve developed a skill that few other people in the world have, it makes sense that you’d market that skill to people who want to learn it. That’s exactly what Interface is doing with its latest venture, InterfaceRaise.

Interface has spent the past 12 years or so moving toward becoming a totally sustainable company, and it recently began showing companies like Wal-Mart, General Mills, Sara Lee and NASA how to apply what it’s learned to their own businesses.

InterfaceRaise evolved from the company’s eagerness to share what it’s learned about making the planet greener with other companies in other industries. The new Interface Inc. subsidiary will be a resource for any company that wants to not only reduce its negative impact on the environment, but also reduce costs through sustainable practices.

InterfaceRaise will be headed by Jim Hartzfeld, who’s been one of the leaders in Interface’s sustainability efforts for a long time. “We created InterfaceRaise to help companies climb up their learning curve faster than they would doing it alone, by showing them our scars and medals, like a Sherpa in a climbing expedition.”

A very unique and revolutionary idea—the manufacturer as teacher. I’ll keep a very close watch on this one. We can all learn something from it.

WHAT THE CUSTOMER WANTS0

For years now, commercial carpet manufacturers have been asking designers for their input on the carpet they create, but the residential carpet industry has historically been manufacturing driven—it makes products, then hopes the consumer will want to buy them. So it was a pleasant surprise to hear about Shaw Residential’s Vision Retreat, which for the past four years has been inviting residential interior designers to share their knowledge with Shaw’s R&D staff.

A hand picked group of designers from all over the country went to Dalton, Georgia in August to pore over concept boards, photos and other inspirational stuff. More than 500 carpet samples were created based on their ideas. Then the group picked the best of the lot—the kind of products they believe their customers will want.

The commercial market has embraced the environmental movement for more than five years now, and the commercial floorcovering industry has been a national leader in sustainable design and sustainable manufacturing for at least that long. But it’s been a totally different story in the residential market. I remember years ago, Image Carpets tried to market carpet it made from recycled soda bottles as green, but that campaign bombed because consumers weren’t ready for recycled carpet. Other efforts to interest consumers in green flooring has also failed since then.

That finally seems to be changing, though, not because consumers have finally developed a social conscience, but because high energy prices have piqued their interest. Last year, the U.S. Green Building Council developed LEED for Homes, a program for certifying new homes. Then just a few months ago, LivingHomes, a development in Santa Monica, California, built the first home in America to receive LEED certification. The home, which is 80% more energy efficient than a conventional home of the same size, derives most of its energy from photovoltaics.

Obviously, a green sun is beginning to shine on the residential market.