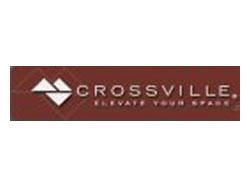 Crossville, TN, June 20, 2012 -- Tile maker Crossville released its latest sustainability figures based on two of its major recycling initiatives: the Tile Take-Back Program and the collaboration with Toto USA.

Both initiatives are based on Crossville’s proprietary process for recycling fired porcelain products, including post-consumer materials.

Between both programs, Crossville said it has diverted 11.2 million pounds of fired porcelain from landfills during the last two years as of April 30.

All of the company’s U.S.-made products contain a minimum of 20% scrap fired porcelain and/or post-consumer reclaimed materials.

In 2011, Crossville said it became a net consumer of waste because of the magnitude of its recycling initiatives.

In the take back program, Crossville said it has  recycled more than 4 million pounds of fired tile produced at the company’s plants that would have previously gone to landfills. In addition, it received and processed 159,188 pounds of post-consumer tile from outside tile renovation projects.

The firm also produced more than 141,000 square feet of tile thanks to the program.

Crossville also uses waste from Toto USA.  Since February 2011, Crossville has · received and recycled more than 7 million pounds of scrap porcelain from Toto and has included the recycled content in 100% of the company’s U.S. production.