Contract Dealer Survey: Contract dealers report that scheduling is even worse than before due to supply chain problems - Dec 2021 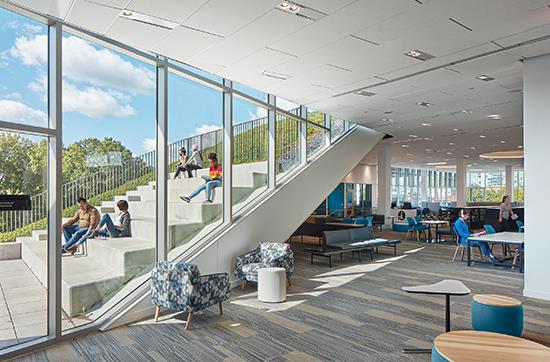 Since the first contract dealer survey nearly 20 years ago, the biggest issues facing this group have been about the challenges of working with other entities-general contractors (GCs), facility managers (FMs), manufacturers, architects and designers (A&D)-and the frustrations have tended to revolve around their experience and knowledge being insufficiently leveraged, which contract dealers feel hinders the success of their projects. But this year, all of that is on the back burner as contract dealers struggle with supply chain issues and their impacts on the specification process and the scheduling of product installations, as well as on costs and, ultimately, margins.

Supply issues are impacting all the trades, and because flooring is the last element in the space to be installed, delays and bottlenecks in any aspect of a project will delay flooring installation. And in terms of flooring, specifications have been problematic due to difficulties getting the specific products that were chosen-it’s worse for imports, but even domestically produced flooring has its challenges.

One contract dealer wrote, “I now have the customer make multiple selections on products, in case products are not available in the timeframes needed. It saves time scrambling to make a new selection.” And another dealer added, “It is very difficult to sign contracts for large new construction projects that will not install for 12 to 18 months with constant price increases without price commitment from suppliers until completion.”

The rate of price increases over the last year and a half has been unprecedented (for a full report, see Year in Review, starting on page 35). As one dealer noted, “We have been having to build in and qualify allowances for percentages of material cost increase into all of our bids. It’s a conversation we have going into every project now to make sure we are protecting ourselves and not getting stuck in the middle footing the bill for any material price increases.”

Another dealer summed up the big picture: “So many issues. Just feels like we’re working harder for much less on the bottom line, just much more stress.”

ON THE BUSINESS
Contract dealers play a critical role in the commercial flooring process, securing product specified by A&D from manufacturers or distributors and coordinating with general contractors and facility managers in order to install the flooring (and sometimes maintain it too). Of all the various stakeholders in commercial projects, contract dealers are unique in their breadth of flooring knowledge. Most critically, they are the only entity positioned for comprehensive understanding of all the flooring categories, from specification and installation to maintenance and beyond. Reps are only focused on what their firm sells. A&D folks have a wider vantage point, but their knowledge is spotty and doesn’t run as deep as contract dealers. Facility managers may know more than A&D about issues like installation and maintenance, but their responsibilities are so wide-ranging that they don’t have the bandwidth to bring all that knowledge to bear.

However, contract dealers generally feel that they are underutilized, to the detriment of the project itself. A&D doesn’t consult enough with them to determine which products will best fulfill their needs. Manufacturers and their reps are not responsive enough, and worse still, will often go direct, bypassing the dealers. And general contractors probably have the most antagonistic relationship with contract dealers, largely because flooring is the last structural element in an interior build, leading to time pressure on flooring installers, and blame for everything from completion delays and subfloor failures.

Since the first contract dealer survey in 2002, most of the respondents have reported membership in one of these groups. Back then, it was 80%. In recent years, it’s climbed a little higher, averaging about 85%. This year, 84% report that they are part of a group, compared to 91% in 2019, with 58% in Starnet and nearly 40% in Fuse, and 2% with other groups like CCA Global’s FEI Group and American Flooring Alliance.