Contract Dealer Survey 2019-What They Really Think: Commercial flooring contractors weigh in on the state of the business - Dec 2019 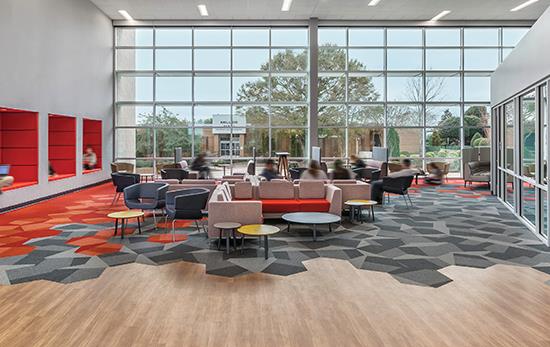 While contract dealers face a range of challenges on a daily basis, like subpar jobsite conditions, lack of installers, scheduling and issues with product specifications, they seem most ardent when discussing partnerships. For the contract dealer, fortunes rise or fall based on how effectively the key entities-general contractors, manufacturers and their reps, facility managers, A&D and the contract dealers themselves-cooperate and help each other for their mutual success.

Perhaps the biggest reason why contract dealers are so preoccupied with their partnerships is because of how the business has changed in recent years, with budgets getting tighter and timelines becoming more compressed. When schedules and money are tight, partners are forced into close quarters and adversarial relationships. Everyone is looking for an advantage. Mills will find ways to boost their margins by selling direct. General contractors and their subs will rush through the stages of site preparation, leading to problems like insufficiently cured concrete or improper subcontractor sequencing. Products will be swapped out, sometimes to boost profits and sometimes to maintain relationships with particular manufacturers.

In general, the players in the commercial built environment will work furiously to essentially buy low and sell high. This is of course the nature of business itself, but in this increasingly antagonistic business environment, the drive to protect margins can lead the various entities to lose sight of the bigger picture. As many contract dealers point out, the cheapest options and the lowest bids are not necessarily the wisest choices. For example, in recent years, the industry has been rife with tales of inexperienced contract dealers-often residential flooring retailers that have diversified in search of revenues-winning bids by lowballing and then being unable to successfully complete the job. And when they fail, the whole project suffers.

Poor jobsite conditions, tight scheduling, flooring that is inadequate for the job, insufficient maintenance protocols, a lack of expertise in everything from project management to installation-any and all of these issues can cause a project to fail, and when it does, it reflects on all of those involved. So it’s no wonder that contract dealers are so concerned about improving relationships. Of course, the architects and designers, the facility managers and the general contractors all want (by and large) improved relationships, but each wants improvements on their terms-as in, they all want one of the other wheels in the cog to do more. So it’s not easy to get everyone to see eye to eye.

ON THE BUSINESS
Floor Focus conducted its first contract dealer survey in 2002. And while the business has advanced in many ways over the years, many of the core issues remain, and in some cases have even worsened. For instance, installation is still the top problem, direct selling remains a top gripe and partnerships are still often tinged with distrust.

Over the years, contract dealers have changed the way they are organized. Back in 2002, 80% of respondents were part of a group, but other than Starnet, the groups were all aligned: DuPont Flooring, Interface’s ReSource America and Shaw’s Spectra. Now DuPont is gone and ReSource has largely evolved into a new independent contractor group, which in 2012 was formally named the Fuse Commercial Flooring Alliance, joining Starnet.

This year, 91% of respondents report that they are part of a group-in this case, 62% are with Starnet, another 35% are with Fuse, and the balance are either Shaw aligned or part of more residentially focused groups like FEI. In 2017, 79% were part of groups, and before that it stood at 84% all the way back to 2011.

Overall, 68% of revenues for surveyed contract dealers come from specified business, compared to 73% in 2017, and 21% come from mainstreet business with an additional 4% from the residential market. The rest is mostly commercial maintenance, along with some non-flooring sales.

This year, surveyed dealers have an average sales force of 9.2 people, up from 6.4 people in 2017. In fact, that’s the highest average since 2005-though again this could simply reflect consolidation. About 5% of respondents report having only one salesperson and 4% have two, while 25% reporting having ten or more and 2.5% claim at least 40.