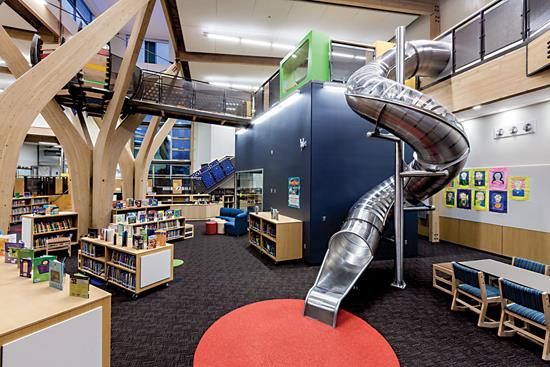 Following significant losses in 2008 and 2009, the commercial market turned positive in 2010 and has been making incremental gains ever since. In 2014, the market was somewhat more active, with total commercial flooring sales up 4.7% to an estimated $5.437 billion. A lot of those gains took place in the second half of the year, and the momentum has continued into 2015.

While commercial carpet was up 3%, hard surface flooring grew 8.2%, with gains in all categories. Carpet accounts for two thirds of commercial flooring. Carpet tile and LVT have continued to take share, most recently in the hospitality market, and at this rate, the two flooring types will combine for over 50% of the commercial market in just a few years.

Last year started off fairly slow and activity increased toward the end of the year, led by corporate gains and lifted by a strong hospitality market. Education was soft last year and healthcare was active but still below its expected growth rate.

It’s looking like 2015 will have a similar arc to 2014, though results should be slightly better. After two fairly sluggish months, billings at A&D firms picked up in March, with the national Architecture Billings Index score in March at 51.7, up from 50.4 in February (and the index for new design contracts went from 50.0—zero gain—in February to 52.3 in March), but then April’s Index fell to 48.8.

According to Kermit Baker, chief economist for the American Institute of Architects, there are big regional differences, with the Northeast pulling down national numbers. Hopefully, this relates only to the frigid winter.

There are some key differences between conditions this year and conditions in 2014. Energy prices are significantly lower this year, even though they’ve been ticking up for a couple of months. It still remains likely that prices will stay low throughout 2015. Crude oil prices, now around $60 a barrel, have heavily impacted development in regions like North Dakota and just about anywhere that oil is being extracted from shale, because the current market prices make it unprofitable to do more drilling.

Recent national unemployment numbers have been encouraging for a couple of reasons. One is that the rate has continued to fall, now standing at around 5.4%. The other is that the new jobs that have recently moved the unemployment needle offer higher pay on average. Over the last few years, as U.S. employment has recovered, there’s been a general downgrade in job quality. According to Alex Carrick, CMD Construction Data’s chief economist, while many of the jobs in the last few years have been in retail and in leisure and hospitality—heavily weighted toward entry level, low paying jobs—data from April shows that most of the job gains were in professional and business services, along with education and health, which have higher average wages.

FLOORING CATEGORY UPDATE
In the commercial sector, carpet, resilient flooring and ceramic tile account for over 96% of the flooring market, with carpet at 66.9%, resilient at 16.1% and ceramic tile at 13.4%. Wood flooring and laminate share most of the balance, with small fluctuations from year to year but no significant long-term increases. The major trends are marketshare shifts toward carpet tile and LVT and away from broadloom and VCT. Sheet vinyl and rubber occupy various niches, like healthcare, that drive the bulk of sales, so their long-term positions are fairly secure. And ceramic tile has not been significantly gaining or losing share over the last several years.

However, with every year carpet tile has found ways to hit lower price points and to expand design capabilities. At the same time, prevailing design trends driven by younger generations have pushed the market toward the various modular aesthetics that emanate from carpet tile.

Most experts agree that a healthy, robust industry would be endangered by an environment where carpet tile is constantly getting cheaper and lighter, but there are signs that specifiers and end users, who these days are increasingly knowledgeable about lifecycle costs, are starting to see real value in selective replacement of damaged tiles, along with the many advantages of installing carpet tile rather than broadloom. With these values factored in, the difference in upfront costs becomes moot.

In 2014, the drift in share from broadloom to carpet tile slowed somewhat, as the sectors that made gains, like hospitality and senior living, remain dominated by broadloom. However, commercial carpet as a whole grew slower than hard surface, and it’s share slipped 1% from 2013.

Ceramic tile gained in share in 2014, with revenues up by double digits. Part of the growth, on both the residential and commercial side, was driven by imports attracted by the strong dollar. Also, domestic ceramic tile producers have been both investing in capacity and targeting the commercial market—the only U.S. producer that mostly goes to the commercial market is Crossville.

Growth in tile was strongest in the hospitality and retail sectors. An impressive rate of innovation in design and construction has helped the category lead in trends. Wood looks, large formats, low gloss levels, plank shapes and thin tiles are all key trends in the category. Driven by high resolution inkjet technology, one of the strongest trends, wood looks, has helped the category gain traction in a range of environments, and it has also helped warm up the image of ceramic tile. And that same inkjet technology has also elevated traditional stone looks, like travertines and marbles, conveying a performance and maintenance advantage to tile when going head to head with real stone.

The most dynamic flooring category is resilient, where VCT is losing share and LVT is taking share, both within the category from VCT and from other categories, including carpet and even ceramic tile. Domestic LVT facilities are either being built or expanded by IVC US, Shaw, Tarkett, Floor Folio, Mannington and Armstrong.

Just about every commercial sector is a strong sector for LVT, but it’s currently very active in multi-family, along with retail, education, healthcare and even hospitality. Last year, commercial resilient flooring was up 5.2%, leading to a slight share gain.

Like ceramic tile, the quality of wood looks in LVT has led to a much broader range of applications. It’s generally a high performance, low maintenance product, which is part of the reason it’s pushing out lower-priced VCT, whose maintenance requirements substantially add to costs over the lifetime of the product. Also, VCT can’t compete with LVT on visuals. And both ceramic tile and LVT are presenting a new barrier for commercial hardwood and laminate, both of which already have a tough enough time offering the performance required in commercial environments.

STATE OF COMMERCIAL SECTORS
Last year, the hottest sector was hospitality, which was up by almost double digits. It’s traditionally a category with a lot of carpet—woven Axminsters creating large designs in public space applications, like lobbies and corridors, and inexpensive, lightweight broadloom in guest rooms. Hard surface products like natural stone and ceramic tile are also traditional in hospitality public space.

Changes to the layouts and functions of public space have been occurring for several years. And the tastes of younger generations, most notably the Millennials, are also moving away from large scale Axminster patterns to modular designs with progressive visuals—juxtapositions, dynamic abstract patterns, organic overlays of architectural fields.

For years, hard surface and carpet tile producers have made claims about their products gaining traction in hospitality, but it’s only in the last couple of years that changes have started happening on a significant scale. Carpet tile producers report that they’re gaining traction as much in guest rooms as in public space—and sometimes more. And while whole guest rooms occasionally come in hard surface flooring, it’s more common to see LVT or ceramic tile in guest room foyers or lounge areas, frequently warmed up with area rugs.

Hospitality business, which has largely been in refurbishments, is poised for another year or so of growth, and there are signs this year of increases in new construction as well. However, last month a report by Moody’s/RCA Commercial Property Price Indices revealed that hotel prices, which have risen 33% over the last year, have just about reached their pre-recession peak. In other words, hotel property values have risen just about as high as they can, so it’s just a matter of time before momentum starts to ebb. And while that may take a year or two to impact flooring revenues, it could be hastened if the strong U.S. dollar has sufficient impact on the volume of foreign tourists.

Another strong sector is multi-family, which is technically residential but is generally served through commercial specification. And in many ways it’s like hospitality, with higher end public space materials and, often, entry level flooring materials inside the living units. Those units generally get residential broadloom like low cost polyesters, but the lobbies and public areas are increasingly turning to carpet tile. And LVT is growing rapidly throughout.

Interestingly, yet another strong sector is senior living. Its growth hasn’t accelerated as much over the last year or so, but it’s strengthening and is projected to grow a lot over the next decade or so, as Baby Boomers head down the path to retirement. In senior living, most of the public facing spaces, including living quarters, use broadloom, but carpet tile is gaining in offices and back of house environments.

There’s been so much growth in these communal spaces and there are so many commonalities that flooring producers are starting to cobble them together into a nebulous sector, with names like specified living or social housing.

Retail is another sector that has been strengthening, though not to the same degree as hospitality and more sporadically in general. However, store openings are up, hiring is up and the outlook is strong for the next couple of years. According to a report from RBC Capital Markets, U.S. chain store retailers are upwardly revising their estimates of store openings to over 78,000 locations over the next two years, led by restaurants, discount department store chains, children’s clothing stores and gift sellers. Also, shopping store development at a post-recession high.

According to most manufacturers, the corporate sector started out 2014 subdued, but the market grew more active going into the fourth quarter, enough to boost the overall commercial market. Employment numbers are often the best indicator of the performance of the corporate sector, since it’s by far the largest sector, and job growth this year has so far been echoed by increases in corporate activity. And while the high end of the market is doing very well, tenant improvement is also up.

While higher education has been generally more active than K-12 in recent years, a wave of public funding seems to be driving K-12 renovation and new construction. It’s not a huge boom, but it’s a palpable increase, enough to boost flagging VCT sales—VCT still has a strong position in the education market.

One commercial sector that appears to be lagging is healthcare—acute care, clinics and medical office buildings. By all rights, the sector should be more active, with healthcare models changing, large populations getting older and putting pressure on healthcare resources, and huge needs for upgrades and renovations. One common explanation is that the Affordable Care Act is still causing enough confusion to slow down investments in the sector. So it may be another year or two before this sector sorts itself out and gets back into a growth mode.

For a close look at the Top 15 Specified Carpet manufacturers and Commercial Hard Surface manufacturers, see the June 2015 issue of Floor Focus Magazine.