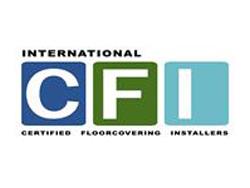 One of year’s speakers was Phil Zolan of fcB2B, who revealed some news on the “Installation Crisis: Research Project.” Floor Covering Leadership Council (FCLC) commissioned this independent research firm to conduct a multi-phase study to quantify the scope and severity of the lack of installation professionals on the flooring industry’s sustainability and growth. According to Zolan, not only is the problem real, but its financial impact on the industry is significantly more than previously understood. Further details of the study will be released over the next few months.

CFI also cumulatively raised over $6,000 through raffles and auctions on site. The proceeds of these fundraisers were split between the Buckhardt Memorial Foundation and the Floor Covering Industry Foundation.

The next CFI Convention will be held in San Antonio, Texas at the La Cantera Resort and Spa on August 21 to 23, 2019. For more information, please visit www.cficonvention.com. Registration will open in October 2018.