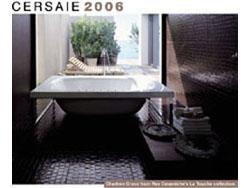 When laminate flooring made its U.S. debut about 15 years ago, profits were a lot easier to come by than they are today. Now, because of price erosion and stiff competition many laminate players are seeing their margins shrink drastically at the low end of the market.

The laminate business has been intensely competitive for quite some time now, but the addition of considerable new capacity in North America in the past couple of years has increased that competition dramatically. Quick-Step opened its second plant in North Carolina a year ago, while the German firm Kronotex opened a facility in Barnwell, South Carolina. Just a few months ago, Spain’s Faus Floors opened a plant in Calhoun, Georgia. Canada’s Uniboard completed a $21 million upgrade to its Quebec operation earlier this year, and has its sights set on a new facility in the U.S. And if that isn’t enough, Tarkett will open its Pennsylvania plant sometime next year.

All this additional capacity has come onstream at a time when the retail floorcovering business has slowed substantially. According to Market Insights/Torcivia, the once high flying laminate business is relatively flat right now. Imports, which still dominate the category, are down 9%—mostly because of growing domestic capacity—while domestic production is up nearly 8%.

Does this mean that the steady growth of laminate flooring in North America is over? Very unlikely. Recent advances in technology have made the latest laminates so impressive that they often look as good as the wood and stone they imitate. That kind of realism is likely to keep the market for laminates hot for a long time to come. Last year, laminate accounted for 5.3% of the entire floorcovering market, and its share will probably continue rising for some years now. Most of that growth, by the way, has come in the residential market. Only a handful of players have been able to crack the commercial market to date.

The eroding margins at the low end of the business have made virtually every producer we talked to expand its offerings, so most players now offer products across all price points. A few companies like Faus and Wilsonart deal primarily in the high end market.

Even though it’s been over a year since Mohawk acquired Unilin, the repercussions of that deal continue to be felt across the laminate industry. Many players point to that move as a sign of things to come. Expect more consolidation for companies to remain competitive.

Last year, Mannington made a significant investment in new equipment at its High Point, North Carolina laminate plant. One of the first group of products off that new equipment was Revelations Tile and Revelations Plank, which are both made with the firm’s Nature Form Optics technology. Revelations Plank is a collection of ultrarealistic, hand-scraped wood plank designs, while the Revelations Tile collection recreates stone looks. From a merchandising standpoint, Mannington wants to make its product line simple and easy to sell for retailers. This includes creating three categories of product with clear differences between good, better and best.

Mannington has also had great success this year in the mid to high end commercial market with its iCore line of laminates. The product’s patented core is resistant to moisture both from the subfloor and the surface. The line comes in ten different finishes.

Racine, Wisconsin based Alloc offers a full range of laminates for both the residential and commercial sides of the market. Residential offerings include high end, high pressure plank looks like Alloc Original. The Domestic, Classic, and Home categories cover the medium priced residential market, while Basic brings up the rear. The firm will continue to expand its reach by adding more dealers in the Midwest.

Last November, high end Spanish manufacturer Faus Floors began construction at its 400,000 square foot facility on 78 acres in Calhoun, Georgia. Just last month, the plant was fully functional and running at capacity. The plant will employ 160 people by the end of the year and 240 more will likely be added next year.

Faus is introducing two new innovative lines, Classic Americana and Really Exotic (see the story in the October issue), made with two new technologies. DualFinish creates different gloss levels ranging from matte to high gloss on the same product, which creates a strikingly realistic look. UltraClarity is a technique that creates a crisper, clearer pattern definition than any previous technology.

The company plans to introduce 35 new SKUs next year. Its products retail between $3.00 and $4.50 a square foot.

After a breakdown in its relationship with Witex USA, the German parent company, Witex AG established Witex Flooring Inc. The firm has kept all of the former Witex USA distributors and has also added partners in New York, Massachusetts, Washington, D.C., Illinois and the Pacific Northwest. After the shakeup last year, Roland Elbracht was brought in to head Witex Flooring.

The company has two versions of its new Ceraclic faux ceramic line. One features a nine color high gloss surface for the U.S. market and the other a six color matte finish for Canada. Witex plans to offer the products across all price points.

This year Wilsonart celebrated its tenth year in the flooring business and its 50th year as a company. Most of its business continues to focus on the mid to high end of the residential market, although it’s enjoying some gains in the commercial market as well.

The company just added a new production line that cuts the products into different sizes and formats before they’re shipped out. Suggested retail price for its products: $2.99 to $5.99.

Shaw Industries added a paper saturation operation and a new production line at its Seattle plant this year. The new line gives the company beveled edge capabilities; four products from that line will be introduced this year. The firm says the collection will feature a furniture finish with exotic hardwood looks, and come in a dizzying array of designs, patterns and colors.

BHK of America is targeting the high end market with its Vision line of laminates, which feature hand-scraped, embossed designs and beveled edges. They retail for about $5.

Mohawk’s acquisition of Unilin last year established that the firm is serious about becoming the leading player in the laminate category. From a strategy standpoint, Mohawk hopes Unilin, through Quick-Step, will strengthen its product line. The vision is for Quick-Step to provide some of the best, high end products on the market. From a technology standpoint, the firm wants to be on the cutting edge of style, quality and design.

Columbia has changed the shape and sizes of its products from a 7-1/2” wide, 48” long plank to a 6-1/4” wide, 54” long plank. All the company’s laminates are embossed in-register with realistic textures.

Columbia president David Wootton had intended to retire this year, but decided to postpone it, due to his heavy workload and hectic travel schedule. Wootton will work closely with Greg Pray, who was just appointed to the newly created position of executive vice president, to transfer power sometime next year.

Pergo offerings this year include Pergo Select Traditional Strip, the industry's first high pressure embossed in-register laminate floor. This high end product, which retails for around $4.59, should be in all retail stores that carry that brand as of this month. The firm also introduced a new collection called Pergo World Traveler, which features a wide assortment of premium, exotic designs. Pergo seems to have found success in offering its products at all price points.

Armstrong continues to expand the breadth of its Bruce laminate offerings. The company plans to launch 56 SKUs in 2007. Beveled wood and embossed in-register tiles are just some of the styles incorporated into the line. The company also introduced four exotic and two rustic looks into the Armstrong Nature’s Gallery line. Retail prices range between 79¢ and $2.59 in this line.

Tarkett continues its return to the U.S. laminate business by partnering with key distributors in U.S. markets. The firm’s Clarion, Pennsylvania plant is still under construction but should be open by next summer. The current collection includes 25 different wood designs with nine finishes in three plank sizes. Retail costs run from 89¢ to $2.89.

Last December, the Canadian firm Uniboard was acquired by Pfleiderer AG, a German producer of engineered wood and fiberboard. When it was acquired, Uniboard was already doubling the production capacity at its 260,000 square foot plant in Laval, Quebec. It’s now capable of producing 175 million square feet of laminate flooring annually. Soon a third line will be added and capacity should quickly reach 300 million square feet. This will allow the company to increase supply to mass merchants, big boxes and distributors. Products sold through distributors are different from those sold at the big boxes. About 80% of all the company’s products are sold in the U.S.

The company’s new Unibest line includes exotic looks from hardwood species like Santos mahogany, jatoba and merbau. The 24 SKU line comes in 8mm and 10mm sizes with a 2mm underlayment. It retails for around $3.00 a square foot.

Balterio, one of the new kids on the block, has been operating in the U.S. for a few years. It just opened its Atlanta, Georgia distribution center. Balterio mainly services specialty mom and pop stores through independent distributors. The company also handles some regional accounts, like independent home centers and lumber yards. Its 56 SKUs cover all price points with the low end starting at $1.79 and the high end topping out at $3.99.