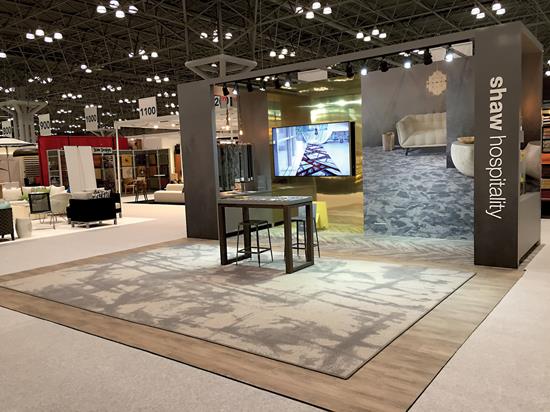 Now in its seventh year, the Boutique Design New York (BDNY) hospitality show, held at the Jacob K. Javits Convention Center in New York City in the middle of last month, continues to expand its relevance as the boutique show for the hospitality and lodging marketplace. Held on a Sunday and Monday, eight blocks from Times Square, the concept of this show from the beginning was to create a boutique venue that is small enough to see in a day, that is close enough to the key decision makers that it’s easy to attend, and that is held right before the holiday break in what is undoubtedly the cultural heartbeat of the U.S.

Most of the attendees for this show—which can be broken into four groups: suppliers, designers, property owners and the hotel brand companies (like Marriott, Hilton, Hyatt and InterContinental)—enjoy attending this show because they can make a quick trip to the city, have a great dinner, see a play, catch up on the latest trends in the industry, be back in the office on Tuesday, and write it all off as a business expense.

Out of the 600 exhibitors at the show this year, 75 were flooring companies. The majority of those offer some type of soft surface flooring, but there are also an increasing number of tile, stone, and resilient firms on the list. The other core categories that support the show are bedding, furniture, seating, fabric, lighting, bath and spa, wallcoverings and accessories.

As we mentioned in our hospitality article in November, the growth within this sector should continue to be strong throughout 2017 and likely into 2018. Occupancy rates are up, as are average daily rates. The senior managers for the leading hotel brands within the industry feel that the pace of growth, which has moderated after the spike in 2015, is sustainable for several years to come. Obviously, President-elect Trump’s name came up during the course of the conversation at the fair, and the consensus was that Trump should have empathy for the needs of the industry, since construction, real estate and property management have been his focus for much of his career.

From a product and styling perspective, we saw more modularity and the ability to mix soft and hard surface flooring with little if any change in surface height. We also saw more carpet companies, like Interface, Dixie and Milliken, offer a line of LVT products that integrate well with their carpet offering. Several companies were also showing broadloom products in a bound rug format. From a tonal perspective, we continued to see a lot of grey, but this time with warmer bronze and gold accents versus last year’s blue and silver tones.

Exhibits at this show years have traditionally been limited to no larger than 200 square feet, which helps give the show a boutique feel and keeps the overall show small enough to see in a day. Charley Knight with Interface told me that this has been a refreshing element of the show, because the only way to distinguish your brand from the competition is to show provocatively styled products. Unfortunately, the show broke from this rule this year, and several of the leading hospitality flooring firms, like Durkan, Shaw Hospitality and Lexmark, jumped at the chance to take advantage of the larger 400 square foot island end cap exhibits.

Like many of the more successful shows, BDNY offers much more than row upon row of exhibitors. There were five striking common areas within the show that were set up as public space vignettes to showcase what some of the leading design firms in the sector think a hotel lobby or bar should look like. Durkan partnered with Floss Barber on a lounge, and Interface partnered with Design 360 on a bar.

The opening keynote presentation was given by Karim Rashid, whose latest hospitality project is Temptation Cancun Resort—a Mexican Caribbean resort that is adult centric, topless-optional and slated to open in August 2017. Rashid’s message at the show was that design must be more about contemporary culture and less about style and trend. Two other events centered around the show were NEWH’s Gold Key awards for excellence in hospitality design and the Women Leaders in Hospitality panel discussion.<