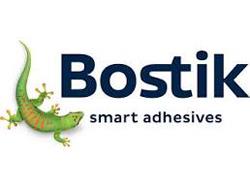 As a sponsor, Bostik will participate in the Tour de France publicity caravan, which accompanies the race. Various promotional vehicles will offer spectators gifts and give-aways while they await the riders. These vehicles will promote Bostik, incorporating the firm’s already well-recognized gecko in a prominent visual role.

For the 102nd annual Tour de France, which started July 4 and ends July 26, there will be 6,000-plus hours of worldwide TV coverage with reports broadcast in 190 countries, reaching an estimated 3.5 million viewers, and 12 million spectators are expected to view the race as it crosses France, Belgium and the Netherlands.

To add to the Tour de France 2015 sponsorship, Bostik will be launching a number of international promotional programs through September. These will include social media campaigns, customer events and in-market promotions across multiple countries, which will include cycling-related competitions, giveaways and special offers.