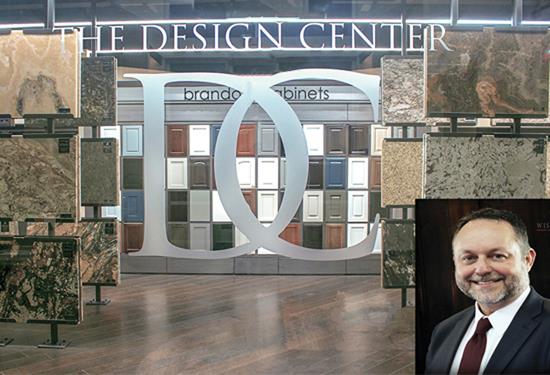 In the mid ‘90s, Texas-based Wisenbaker Builder Services-run by father-son team John Sr. and John Jr. Wisenbaker-made a strategic decision that completely reshaped their business: moving from a flooring-focused to a customer-focused business model. With roots in flooring installation and retail, the Wisenbakers determined that directing their attentions to a specific market and providing solutions to that market-even in ways that stretched far beyond their current offering-would serve them better in the long run. To that end, Wisenbaker Carpet took a new name and a new focus: serving production builders in Texas’ new residential construction market.

CALCULATED RISKS
In the late ‘60s, John Sr. was a college student-with plans to be a history teacher-installing carpet on the weekends for a Houston-based firm called Miller Brothers Floors. Two years in, he realized that he was making more installing than he’d make as a teacher-and he had another motivation to enter the workforce sooner rather than later: he wanted to get married.

After arriving home from Vietnam, John Sr.’s brother Don joined him in installing, and the two opened Wisenbaker Carpet in 1970. John Sr. bought Don’s share of the enterprise in 1982.

In 1984, the oil business tanked, and Houston’s economy collapsed. John Sr. didn’t want to lose the staff he’d spent 12 years assembling, so instead of hunkering down and cutting his employee roles, he decided to dive in deeper and launched a second operation in Dallas, moving half the staff to the new location. At the same time, the company added hardwood and vinyl to its mix. The risk paid off, and Wisenbaker weathered the economic storm.

John Jr. graduated from college and joined his father in the business, seemingly without any of the reservations that some second-generation partners in family businesses experience. He explains, “I joined the business because my father asked me to, and it seemed like a good fit, as I’d studied industrial distribution in college. A lot of leaders in family businesses are inflexible, but my dad has always been very open to new things. Our gambles haven’t always been good ones, but he’s always been willing to take them. He likes to say, ‘Running a business is like paddling upstream. The moment you stop paddling, you’re going backwards.’ One constant for Wisenbaker from 1970 to today has been change.”

The company expanded into the Austin and San Antonio markets in the early 2000s, which meant that its coverage was extended across the four largest cities in the state.

PLAYING TO ITS STRENGTHS
Wisenbaker’s transition, which took place just a handful of years after John Jr. joined the business, wasn’t just a re-jiggering of its positioning, but a significant step into uncharted territory.

“One of the things we have always been good at is sourcing,” says John Jr. “My father was one of the first people to buy truckloads of flooring direct, so being a direct-source supplier and flattening the supply chain is in our DNA.” To that end, following its transition in the mid ‘90s, the company vertically integrated into cabinets and also purchased a Brazil-based mining and stone production company, which allowed it to vertically integrate into countertops as well. In addition, the company’s Asia-based sourcing groups purchase flooring, additional countertops, sinks and a myriad of other products.

Offering this variety of products makes Wisenbaker more important to its production builder customers than a single-surface provider. And that has allowed the company to establish design service centers in Austin, Dallas, Houston and San Antonio, where Wisenbaker staff walk new home buyers through all the selections they must make for their home-those Wisenbaker sells and those it does not, such as appliances.

In addition, Wisenbaker developed an online shop-at-home design studio where customers can familiarize themselves with available products and finishes even before they step foot inside a design center. The company began offering this online service in the early 2000s.

Both online and in-person, Wisenbaker leans heavily into providing the customer with the information they need to make an informed decision. “Years ago,” says John Jr., “people tried to keep secrets from the consumer, but we take a different approach. Today’s consumers want to do research and be educated about products. With our online service, we have put that on steroids. It’s full disclosure.”

BIG DATA
In the pursuit of providing information to its builder customers, Wisenbaker leans heavily on data that it is constantly gathering and analyzing. “We have developed a really in-depth ERP to capture data on everything. Builders crave that data, having that visibility on a granular level. All our workers in the field have iPads, and they are constantly capturing data, transmitting it, packaging it. Data tracking is one of the things that builders want more and more.”

To develop this system, Wisenbaker partnered with ePlan Partners more than 20 years ago, and John Jr. is a partner in that business today.

CULTURE & VALUES
In spite of the unique value proposition that Wisenbaker brings to market, John Jr. believes that what truly sets his business apart is culture. That started in the 1980s with John Sr.’s commitment to hold onto his staff during Houston’s downturn and continues today in the form of the Wisenbaker Employee Foundation. The foundation-funded both by the business and employees-supports team members in times of need. As a result of Hurricane Harvey, for instance, more than 50 Wisenbaker families’ homes were flooded, and, in those times, the association steps in with financial assistance.

But John Jr. points out that it isn’t just about swooping in to help in difficult times, but also about providing team support on a day-to-day basis. “We are a team of teams,” he says. “We don’t have a hierarchical management style but a senior team, a tactical team, a frontline leadership team, etc.…This pays benefits in new construction, which is a very tough business. In spite of the stress, we choose to treat each other in a respectful way.”

Wisenbaker believes that affordability and increasing interest rates may result in the market slowing a bit in the coming months. “We don’t expect it to crater,” he says, “but most of our customers are concerned that the pace of what we’re doing now won’t continue.” Wisenbaker is focused on the middle of the market, price-wise, with homes ranging from $200,000 to $1 million.

John Jr. explains that the labor shortage, which was bad before Hurricane Harvey, became severe afterwards. “With the inordinate number of homes flooded in south Texas, even the government was hiring flooring contractors, using federal aid, to fix homes.” Wisenbaker has a full-time employee devoted to recruiting talent, and, John Jr. reports, “We have really ramped up services to our installers, asking ourselves, ‘How do we treat them in a way that enables them to make more money working for us than they would working for others?’ So we have focused on helping them with business services, teaching them how to run their own small businesses.”

On the staff front, the organization started a formal recruiting process with high schools and colleges in the early 2000s that provides a “good pipeline of employees,” says John Jr., adding, “The employee pipeline is just like the sales pipeline. You have to be sure to work on it continually. You can’t just run an ad in the paper one day.”

ASSOCIATION MEMBERSHIP
In an interesting twist of fate, Wisenbaker Builder Services purchased Miller Brothers Floors-the business for which John Sr. originally worked as an installer-during the downturn. Miller Brothers was a member of the FEI Group, and Wisenbaker retained that membership. John Jr. values the community aspect of the group and finds the sharing of best practices most helpful. Wisenbaker is also a member of a cabinet manufacturer association.