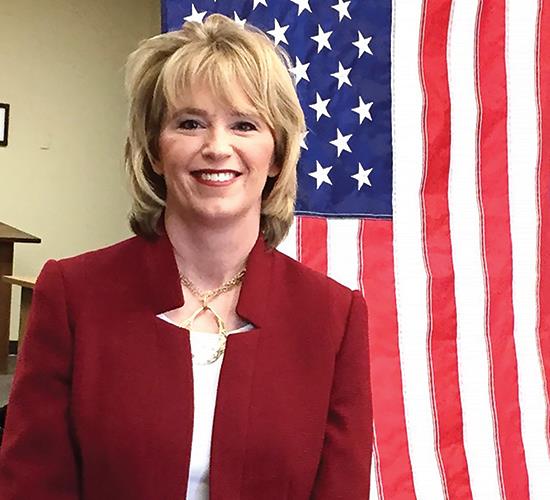 When Kirk Kerkochian met Bernice Muckjian in 1958, he invited her to stop by his carpet business before he took her out to dinner. The business’ name, United Carpet, was written matter-of-factly across the front window. At dinner, Kirk requested a slip of paper from the waitress, then asked Muckjian, a high school art teacher, to sketch out a logo for his business. She obliged, and the following day Kirk took the sketch to his printer and said, “I have met my future wife, and this is what our new logo is going to be.” Kirk and Bernice were, indeed, married; the logo was applied; and for the rest of his life, Kirk kept that sketch in the bottom of his handkerchief box.

Today, Kirk and Bernice’s daughter, Julie Kerkochian, is the owner of United Carpet One in Fresno, California, and she operates with the values her parents taught her, namely, unconditional love-“love for our community, our customers and our industry,” Julie explains.

A BUSINESS IS BORN
Both Kirk and Bernice’s parents fled the genocide that killed an estimated 1 to 1.5 million Armenians between 1915 and 1918 and emigrated to the U.S. Kirk’s father, Sahrad, worked in area rug repair and taught the trade to his son after Kirk left the Navy. Eventually, Kirk wanted to start his own carpet business and asked his father to join him. Sahrad was hesitant-he was 55 at the time-but agreed. Kirk chose the name “United” to express his love of America, the country that had welcomed his parents.

Kirk and Sahrad’s early work was predominantly large-scale jobs for commercial facilities, such as country clubs and universities. The pair would sell product three days a week and install for another three. Their entire product line was 2’-wide wool goods, and all installations were hand-sewn.

As time progressed, the company-which did about 80% of its work in the commercial market-wanted to expand the residential side of its business and, in 1987, joined Carpet One, one of the first hundred in the co-op.

Julie began helping in the family business as a young girl. After college and graduate school, Julie, a multi-sport athlete, was on her way to Dallas to pursue a career as a tennis pro when, in 1993, Bernice was diagnosed with CREST syndrome, a terminal disease. Around the same time, United’s largest customer went bankrupt. Kirk asked Julie to stay in Fresno to help him with the business and as a caregiver for Bernice, and Julie agreed.

Somewhat surprisingly, helping her family through these difficult passages instilled Julie with a particular joie de vivre that infiltrates everything she does, including how she operates her business. “When you start the day by feeling blessed, it changes everything. Have fun. Find joy. It’s all around us,” she says. “Quit dwelling on the negative.”

BUSINESS PROFILE
Today, United Carpet One is 40% to 50% residential. The company continues to do builder, property management and commercial work.

Since its launch in 1955, United has called three Fresno-area locations home. Its current location is a 35,000-square-foot facility on the corner of Clovis Avenue and Clinton Avenue, in an area known as “Tile Row.” Within walking distance of United are Dal-tile, Emser and Galleher locations. United was the first of the flooring businesses in the area, and Julie believes that she got lucky with how the area developed. And she also notes that owning her own facility is key to helping the business weather economic downturns.

United had a second location, in the northwest of the city, which was a showroom only. A couple of years ago, an individual approached Julie about buying that location for a new gas station/mini mart development. Julie agreed. The deal closed a year ago, though the buyer gave United nine months to remain in the space. When the Covid shutdown took hold, Julie took the opportunity to move out of that showroom completely and use the funds of the sale to gut and fully renovate her Clovis Avenue space, where 5,000 of the building’s 35,000 square feet are devoted to the showroom.

Amid the pandemic shutdowns, Julie has worked hard to keep both her staff and customers safe, adjusting her strategy as needed. Currently, the store is open from 9 a.m. to 10 a.m. as senior citizen hours and from 10 a.m. to 4 p.m. for regular shopping. Once the store is closed it the evenings, it is cleaned and sprayed down with Carpet One’s Neutralize disinfectant. After that, United will accept appointments with customers who feel more comfortable in one-on-one shopping experiences.

CARPET ONE WOMEN
At the start of the pandemic, Julie took note of the fact that many of her peers were struggling and asked a group of 12 female Carpet One owners to join her in a group she calls SWEAR, Strong Women Empowering and Rising. Today, membership has risen to 30.

SWEAR members participate in Zooms, which include both guest speakers as well as time to share and commune, and the group looks forward to meeting in person once the pandemic subsides.

United sells a good amount of LVT, including 20 mil glue-down product for its property management clients. And the company also sells porcelain-but as material only.

Julie prides herself on being an expert on every aspect of the business, installation included. “I have installed every product that we sell,” she notes. She participates in all installer training programs with her subcontractor installers and also believes that plant tours are a crucial element of retailer education.

SERVICE
Treating customers right is very important at United. If a product is on sale from the manufacturer, the company passes those savings along to the customer. If the company is out of the six-pound carpet pad that the customer paid for, United upgrades them to eight-pound pad without an upcharge. Every Sunday, Julie calls every residential customer who had an installation that week to make sure that they are happy and understand the proper maintenance protocol. Julie’s father taught her that whether a deal is for $250 or $250,000, each matters equally.

THE FUTURE
Julie reports that, at present, the greatest challenge she faces as a leader is the unknown. While United is, for instance, committed to protecting its customers and staff as well as possible in the pandemic, changing guidelines and regulations can be trying.

Long term, Julie hopes to “keep growing and learning, both as a business owner and within the industry and community.”

In addition, she is considering greater product diversification so that United can service its existing customer with more offerings. She has a small line of window treatments but may enlarge that selection or enter the shower or cabinet markets. “I don’t want to be bigger, only better,” she notes.

DOING GOOD
Julie is active in raising money for the Tunnel to Towers Foundation, which builds homes for both soldiers injured in action and the families of fallen first responders. To date, she estimates that she has raised over $200,000. Her efforts include a Veteran’s Day steak dinner, at $150 per ticket, all of which goes to charity (Julie pays for the food and liquor personally). She’s held the dinner three times now.

In addition, she has organized raffles with prizes such as area rugs donated by industry manufacturers, selling 1,000 tickets at $10 each, with tickets selling out in three weeks. 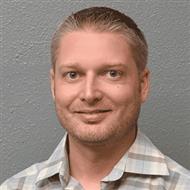