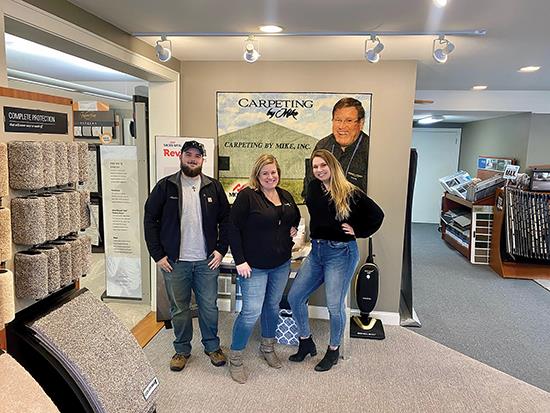 Styphannie Watson’s affection for the flooring business springs from a deeper sense of purpose: honoring her father’s legacy. Watson’s father, Mike Faust, founder of Carpeting by Mike, was passionate about the floorcovering industry and beloved by many within it. Upon his death in April 2018, Watson notes that she lost her “father, business partner and best friend” in one fell swoop but channeled her grief into action, working 70 to 80 hour weeks to keep Carpeting by Mike running and, through it all, finding a motivation that pulled her through her heartache.

Like many second generation business owners, however, Watson’s relationship with flooring wasn’t always blue skies. As a child, Watson resented the long hours that her father put in at work as well as his desire to include her in it. Faust often insisted that Watson, the youngest of his three daughters, come along with him as a helper on installation jobs, cleaning up scraps and vacuuming the newly installed carpet. He paid her in ice cream cones. At the time, Watson disliked being made to work but today recognizes that those hours weren’t just valuable father-daughter bonding time but also an incredible opportunity for learning that has borne fruit in her father’s absence. “You would think,” says Watson, “that after I stepped on a tack strip with bare feet and bled all over a beautiful new white nylon carpet-more than once-that he would let me stay home, but, nope, he kept taking me along. I also tagged along to the many mill, distributor and supplier visits, witnessing firsthand how a positive attitude, respect for others and doing the right thing led to his stellar reputation within the floorcovering community and his own [local] community.”

Watson believes that the standards that Faust established with regard to customer service have helped differentiate the business and notes that in a town of only 3,000, Carpeting by Mike should not, by the numbers, be able to achieve the annual revenue that it does. “We are surrounded by big boxes and competitors, but the community supports us,” says Watson.

FALLING FOR FLOORING
In 1973, Faust was working the night shift as a garbage man when he stopped at a location where there was a flooring installation underway. He asked the installer if he could help. The man complied, and Faust joined the man’s team to learn the trade.

Just six months later, Faust opened a retail store called Faust Carpet Center in Port Washington, Wisconsin. He ran that store for three years until an acquaintance offered to buy the operation. He spoke to his accountant, a trusted confidante, about whether he should sell the business, and the accountant asked, “Can you do it again?” Faust believed that he could indeed create another successful flooring operation, so he sold Faust Carpet Center.

For the next five years, due to a non-compete, Faust worked out of his house. “We were the only house in town with a carpeted driveway,” Watson laughs, referring to how her father would roll the material out on the asphalt to cut it.

In 2004, Carpeting by Mike moved into the location it inhabits today within the Somerset industrial park.

THE TRANSITION
Watson was serving as manager of Carpeting by Mike when her father was diagnosed with terminal cancer in July 2017. “One of the hardest days,” recalls Watson, “was when we had to empty his work trailer. I asked an installer to do it, and afterwards, we couldn’t find my dad’s tool belt. My dad kept coming in and asking where it was because, to an installer, a tool belt is like a wedding ring. Eventually, we hunted it down and hung it on the wall with a plaque that says, ‘The Belt That Built This Company.’ We had a little ceremony. I gave a speech. He liked looking at that belt even when he knew he wasn’t going to make it.” 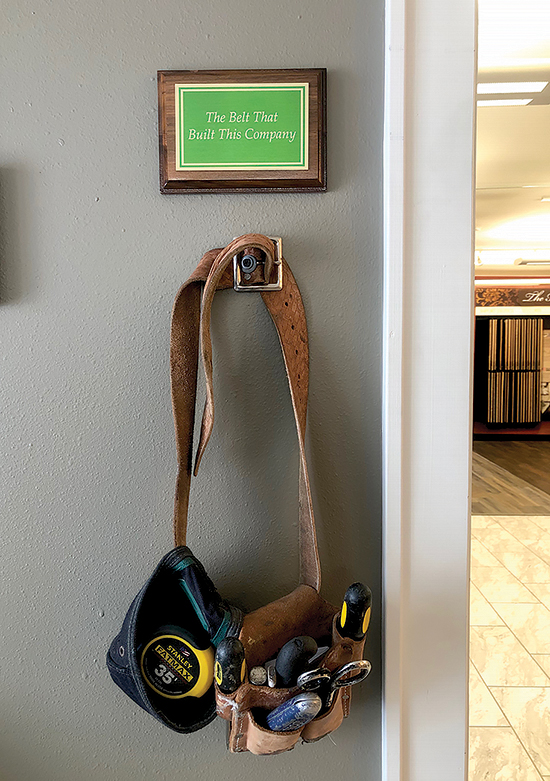 Eschewing chemotherapy, Faust lived for only nine months following his diagnosis but never fully retired. Says Watson, “My dad died April 1. I didn’t know what to do on Monday, April 3, so I went to work because it was where I felt closest to him. That was a hard day. My dad was gone. I was the new owner, and our customers still needed floors. But I had the support of our little carpeting store family.”

After Faust passed, Carpeting by Mike consisted of only two individuals, Watson and 23 year-old Austin Kern, who had been hired as an estimator and on board for only six months at the time. Kern put in long hours alongside Watson, and the pair closed 2018 at a respectable $1.75 million. At this year’s close, the company expects to bring that figure closer to the $2.0 million mark, where it was prior to Faust’s illness.

In October 2018, Watson hired Jenifer Anderson. Anderson is currently working towards a degree in interior design. Carpeting by Mike offers a complementary in-home design service, which Watson believes is one of their keys to winning business. “Once we are in their home and spend two hours or so with them, they aren’t going anywhere else,” says Watson. “It’s the law of reciprocity.”

GIVING BACK
Carpeting by Mike offers a carpet recycling service. The company will recycle any size load of carpet for $20-regardless of whether the material was purchased from the store. The service is well-utilized, and though Watson reports that she isn’t making any money on the venture, she believes it to be an important offering with regard to sustainability as well as a way to build goodwill in the community. The company reports that it is the only recycler of carpet and pad in western Wisconsin.

Community service was high on Faust’s priority list, and it is high on Watson’s as well. Watson notes that she tries to support every community group that reaches out, as her father did. Even if she can’t give a lot, she gives, as a means of showing her gratitude for the support of the community.

One way that Faust gave back was by sharing his trade knowledge. He taught flooring installation across the globe. Dyslexic, he wasn’t particularly good at learning languages, but that didn’t stop him from offering hands-on education in Peru, Guatemala, the Dominican Republic and Greece. “He would learn six or eight words and teach classes with only those,” says Watson. “I never went with him on those trips, but I have heard that in Spanish-speaking countries, he would only use the words “bueno” or “malo” [“good” or “bad”] the entire class, and he’d draw out the syllables really long and make it sound ridiculous. It became a joke,” reports Watson with a laugh.

PRODUCT MIX
DCO Commercial Floors is a rapidly expanding operation. The 2019 sales figure of $52.5 million represents a 27.5% increase over 2018. This figure includes the company’s commercial window treatments business, launched with blinds inment. “We’re not just looking for someone with a flooring background, but someone who fits with our culture,” Curtis reports. “It’s very tempting to fill a spot, but the selection process is critical. If we hire the wrong person-someone who doesn’t fit with our culture-it ends up hurting us more than not having anyone at all.”

Carpeting by Mike’s sales are about 40% carpet and 60% hard surface. Ninety-seven percent of its product offering comes from Mohawk.

The company exited the ceramic business about a year ago when Mohawk stopped distributing it to retailers north of the Mason-Dixon line, but Watson reports that her father never liked ceramic anyhow because he couldn’t repair the material, as he could other materials.

Today hardwood is also a very small category for the business, accounting for 3% to 5% of sales. Watson notes, “Our customers want to experience life and not worry about their floors. They don’t want to have to maintain them or worry about how temperature changes will affect them. The visuals on laminate and vinyl have come so far, and people are happy with these products today. They don’t care about whether it’s real hardwood or not.”

In addition to their builder and remodel replacement businesses, the company does a bit of mainstreet commercial work, primarily in restaurants and retail shops. This accounts for about 10% of business. The company doesn’t yet advertise this offering but has customers seeking them out with increasing regularity.

As for product offering expansion, Watson doesn’t have any desire to move beyond flooring, believing that leaning into Carpeting by Mike’s expertise is the best strategy.

THE ROAD AHEAD
Watson’s ten-year-old daughter, Isabella, is following in her footsteps, helping around the store, and Watson jokingly refers to her as “the future CEO.” While Watson reports that Isabella’s path is completely her own, she certainly feels a motivation to keep the business in operation and in the family should Isabella choose to join.

“GO TO MIKE'S”
As with many other stores in the industry, the name “Carpeting by Mike” isn’t true to what the business is today, but Watson isn’t inclined to change it and reports that most often customers refer others simply by saying, “Go to Mike’s.”

Referrals represent a big part of the store’s new business. To incentivize the activity, the company sends a $50 gift card with a thank-you note for any referrals made. “It’s a big gift,” says Watson, “but how much does advertising cost?”

In the early ’80s, Faust hired an artist to draw a cartoon version of him. He hadn’t used the character in advertising for some time, but after his death, Watson worked it back into the logo.
The company manages its social media presence in house, and Watson utilizes that forum to stay top of mind in the community, not to overtly sell. Watson has been using her daughter in store promotions since she was only months’ old. 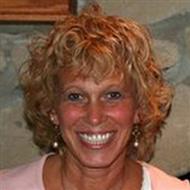