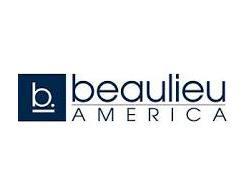 Dalton, GA, November 5, 2015--Roger De Clerck, founder of Beaulieu of America, died at 91 on October 23, surrounded by his loved ones.

De Clerck entered the flooring business in 1959 when he started Beaulieu in Belgium, which grew to become the successful Beaulieu Group with operations on every continent. Beaulieu America, based in Dalton, Georgia, was founded in 1978 and produces residential and commercial carpets as well as luxury vinyl flooring.

De Clerck was the father of six children, all six of whom have continued their father's legacy in the flooring business, running world-renowned companies like Beaulieu International, Berry Group, Domo and Ideal Group. De Clerck's daughter Mieke and her husband at the time, Carl Bouckaert, started Beaulieu of America, which peaked at over $1 billion in annual sales prior to last recession. In 2005, Beaulieu International group was formed when several of De Clerck's children pooled their resources.