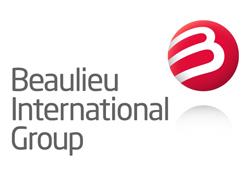 The transactions closed end of June.

Beaulieu Canada and Beaulieu Australia are flooring manufacturers with well-established positions in their respective home markets. They have a combined turnover of more than €150 million.

The acquisitions represent important steps in B.I.G.’s ongoing international growth strategy resulting in a more than €2 billion Group of which €1 billion is in the flooring business.

Both Beaulieu Canada and Beaulieu Australia will benefit from the size and scale of an international player with global resources in order to further strengthen their ambitions and growth plans.

The individual company names, product ranges and brands will continue to be used by the acquired companies.

With the addition of the two companies, B.I.G. will have more than 5,000 employees worldwide.

Beaulieu Canada has a carpet manufacturing plant in Quebec, from which it supplies a broad range of carpet, laminate, engineered wood, cushion vinyl/sheet vinyl, and vinyl planks to Canadian retailers and distributors. It recently began supporting the U.S. market through its Peerless brand. The acquisition adds a second manufacturing plant to Beaulieu Flooring Solutions’ operations in the North American market, next to its new Beauflor cushion vinyl / sheet vinyl plant in Cartersville, Georgia. Beaulieu Canada’s purchasing office based in China will also become part of B.I.G.

Beaulieu Australia is a carpet manufacturer based near Brisbane. It opened a new state-of-the-art manufacturing plant in 2017. The current chief executive officer, Bob Vos, retires upon closing but will stay on as a non-executive member of the board. Chief operating officer Allan Russell will take over the CEO position.