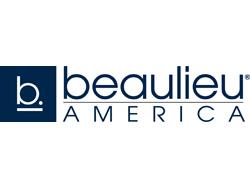 Dalton, GA, July 17, 201-Beaulieu Group, doing business as Beaulieu Group LLC, has announced that it has commenced a formal proceeding to restructure its balance sheet to better position itself for the future.

To facilitate this restructuring, the company filed voluntary petitions under Chapter 11 in the United States Bankruptcy Court for the Northern District of Georgia, Rome Division.

The company’s existing lenders have agreed to continue to support the company by providing debtor-in-possession (DIP) financing that will be combined with its cash from operations to ensure and support continued business operations.

“Beaulieu family members and our board of managers believe pursuing a restructuring through chapter 11 is the best path forward at this time,” said Michael Pollard, president of Beaulieu Group LLC.  “We have evaluated alternatives to address Beaulieu’s capital structure, and believe that restructuring through the chapter 11 process will best position all of Beaulieu Group LLC’s businesses for future success.”

“This is a necessary process as we continue to execute our long-term strategic plans for the business. Our business model has changed with the industry and our client base since our current capital structure was put into place,” continued Pollard. “This restructuring will allow us to invest in the business going forward and emerge a stronger organization. We remain steadfast in our commitment to our customers and employees throughout this process.  I am confident that we have the talented and committed team capable of executing the reorganization plan. We appreciate the support of our vendors and customers as we move through this process.”

Beaulieu of America was started by Carl and Mieke Bouckaert in 1978. Mieke’s father was a Belgian entrepreneur who had built his fortune in the flooring business.  Under the couple's leadership, Beaulieu grew from a small rug weaving operation to become the third largest carpet producer with annual revenue over $1 billion in 2005. Over the years, Beaulieu acquired Coronet, Columbus mills, Marglen and Holleytex.  Beaulieu was also the first American carpet company to vertically integrate into fiber extrusion and carpet backing – two major components used to make carpet.

In the December 2016 issue of Floor Focus Magazine, we covered the business strategy for Beaulieu under the leadership of Carl and Mieke’s children and in-laws. In the last 6 months, Beaulieu sold its Fiber plant to Mohawk and had a successful NeoCon show for its Bolyu commercial brand. We estimate that the company employs 2500 people in and around Dalton.