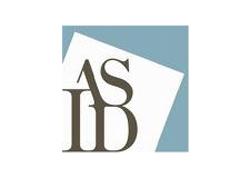 , March 23, 2007--he American Society of Interior Designers (ASID) has announced the 2006 ASID Design Award honorees. A jury of esteemed members of the design community selected winners in five categories: Designer of Distinction, Design for Humanity, Educator of Distinction, Patron’s Prize and Product Prize (corporate and individual). he jury also bestowed a Special Citation on a design visionary.

his year’s honorees were feted at the Society’s annual awards gala, Celebration: he ASID Design Awards, on Saturday, March 17, at the Hyatt Regency San Francisco, during INERIORS 07: he ASID Conference on Design.

Penny Bonda, FASID, LEED AP, is the 2006 Designer of Distinction. After a noted 27-year career in interior design, Bonda now focuses exclusively on communicating the urgency of environmental issues and educating design professionals on how to incorporate sustainability into their practices. A past president of ASID and a former U.S. Green Building Council (USGBC) board member, Bonda sits on the LEED Steering Committee and committees for LEED Core & Shell, and is chair of the LEED for Commercial Interiors Committee. Bonda also serves on the CIDA Standards Council, Antron Sustainability Advisory Council, Greenguard Advisory Council, the USGBC LEED training faculty and is a past chair of the ASID Sustainable Design Council. She is the recipient of the 2003 USGBC Leadership Award. With degrees in education and interior design from he American University in Washington, D.C., she has headed her own firm and served as the interior design director for leading design and architectural firms, and is currently eco-editor for Interior Design magazine. Recognized as a gifted leader and consensus builder, Bonda has been a driving force in bringing sustainability issues to the forefront of the interior design industry, inspiring new generations of interior designers to take up the torch of the sustainability movement.

he Robin Hood Foundation and the New York City Department of Education formed a partnership to address low literacy and improve student performance among underprivileged children by re-imagining public school libraries and transforming them into vibrant learning centers, through the L!brary Initiative. Working with a team of designers and architects, the project seeks to reverse patterns of low literacy skills and underachievement by working with community school districts and public elementary schools to design, build, equip and staff new elementary school libraries, fundamentally transforming school libraries into vital resources for the whole school community—students, teachers and parents —that will contribute to improved student performance. he libraries created through Robin Hood’s L!brary Initiative are well-designed, reflecting the creativity and whimsy that children respond to while incorporating the design strategies necessary for a successful library environment. hirty-one libraries are now open, with 25 more slated to open later this year.

Janine Benyus provided the impetus for the development of biomimicry with the 1997 publication of her renowned book, Biomimicry: Innovation Inspired by Nature. Benyus’ name is nearly synonymous with the concept of biomimicry, which has been particularly embraced by the sustainability movement. An educator at heart, she believes that as people better understand the genius of the natural world, the more they will want to protect it. Ask almost any designer who has participated in one of Benyus’ programs and they will attest to her power as an inspiring speaker, providing life-changing insights and experiences for the thousands of people who learn from her around the world.

he U.S. Green Building Council is the nation’s foremost coalition of leaders from every sector of the building industry, working to promote buildings that are environmentally responsible, profitable and healthy places to live and work. hrough its more than 7,500 member organizations and a network of more than 75 regional chapters, the USGBC is united to advance the mission of transforming the building industry to sustainability. he organization’s core purpose is to transform the way buildings and communities are designed, built and operated, creating an environmentally and socially responsible, healthy and prosperous environment that improves the quality of life. he USGBC LEED rating system for developing high-performance, sustainable buildings has provided the basis for implementing state-of-the-art strategies for sustainable site development, water savings, energy efficiency, materials selection and indoor environmental quality in all types of buildings throughout the country. he USGBC has educated tens of thousands of built environment professionals through education and advocacy initiatives, and national events such as Greenbuild, changing the face of interior—and sustainable—design in the .

Founded in 1902, Maharam, Industry Partner of ASID, originally set up shop selling commodity textiles in . By 1940, Maharam had showrooms in , and , and had expanded their line of theatrical fabrics, becoming an internationally renowned resource for set and costume designers. In the late 1950s, Maharam sensed new opportunity and began supplying textiles for commercial interiors, helping pioneer the concept of contract textiles. he company has flourished through a commitment to performance, value and service. Since 1997, the fourth generation of the Maharam family has brought new definition and direction to the company, focusing on design and technology, and marrying past and present with textiles drawn from the archives of the twentieth century’s greatest creative talents (including Charles and Ray Eames, Verner Panton and Arne Jacobsen), rich natural fiber textures and next generation synthetics. In recent years, Maharam has launched a continuing campaign for sustainability. Maharam’s Web site marks any green product as “reduced environmental impact” and provides details of what makes it eco-friendly.

Vladimir Kagan has been described as “the creative grandfather of a whole new generation of designers,” and is one of today’s most enduring designers of modern furniture, with a career that has spanned more than 55 years. He started designing in 1947 and by the early 1950s, his innovative sculptured designs created a new look in American furniture. oday, his creations are on the cutting edge of the 21st century, leading designs for hotels, furniture, textiles and home furnishings. Alongside a long list of famous collectors and high-profile installations, Kagan’s designs have been published internationally and are in the permanent collections of the V&A London, the Brooklyn Museum of Art, the Cooper-Hewitt National Design Museum, San Francisco Museum of Modern Art, Pasadena Art Institute, Baltimore Museum of Fine Arts, 's Athenaeum and he Metropolitan Museum of Art. Kagan has received many honors, including the Lifetime Achievement Award from the Brooklyn Museum of Art, the Pinnacle Award and Lifetime Achievement Award from the American Society of Furniture Designers, and in 2004 was a nominee in the Lifetime Achievement and Environment Design categories of the Cooper-Hewitt National Design Awards. A past member of ASID, Kagan served as president of the ASID New York Metro Chapter in 1990.

John Hutton’s signature style combined contemporary flair with a classical foundation producing truly original designs that are at once current, yet timeless; he was perhaps most celebrated for his Anziano and Ghost chairs, which were widely copied and mass-marketed. All of Hutton’s designs—which include interiors, furniture, textiles, hand-blown glass and lighting—reflect this philosophy in their unsurpassed quality, elegant simplicity and ultimate comfort. A graduate of the Fashion Institute of echnology, Hutton designed for Louis Maslow & Sons in , and Randolph & Hein in , but spent most of his career with Angelo Donghia, for whom he produced more than 200 designs. Since 1998, Hutton acted as head of his own business (John Hutton International), designing furniture for other companies and famous clientele; more recently, he also began John Hutton extiles. Hutton, who passed away in August 2006, was declared a national treasure by he New York imes, and his designs have received more than 200 awards and are represented in prestigious museums throughout the world.

For more information about Celebration and other special events that took place at INERIORS 07, March 15 – 18, 2007, please visit http://www.asid.org/interiors07.