Annual Report 2022: Product locked in transit had an outsized impact on this year’s flooring market – May 2022 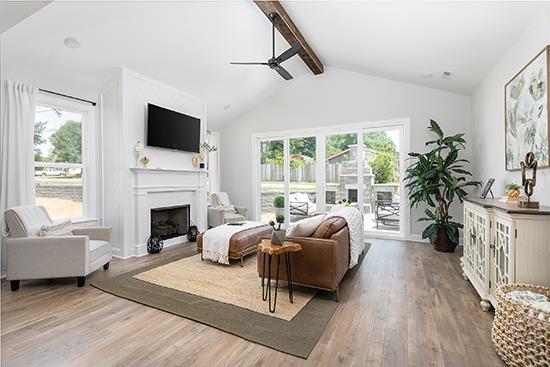 By most metrics, it was a good year for the flooring industry, with every flooring category posting growth. Based on government statistics on imports, and including domestic mill shipments, the market grew 20.7% in revenues, according to Market Insights LLC, to $27.457 billion. But this is a bit misleading, as Market Insights believes import numbers to be inflated by as much as 10% due to exported but unlanded product and calculates actual growth to be 16.5%, with the government’s inflated figures impacting the carpet/rug, resilient and hardwood categories most acutely. By volume, the market was up by low single digits.

Price increases weren’t the only problems with product. All of these supply chain issues meant that it was more challenging than ever to get product into the hands of buyers. Demand outpaced supply. Had the flow of products been unimpeded, the volume of business would have been much higher.

Last year, flooring businesses spent an inordinate amount of time working to secure their raw materials, components and finished flooring products. That led to a lot of strategic purchasing, placing orders to beat the next price increase, maybe sourcing from more overseas producers in order to secure sufficient product, and certainly trying to source from domestic producers.

However, the biggest volume was what was literally in transit-stuck at a port in China, sitting on a ship just over the horizon line from the ports of Long Beach and Los Angeles, or most likely gathering dust in exorbitantly priced containers at the ports, waiting for truckers. For that reason, it’s the import numbers that have swelled the most.

Ordinarily, product flows efficiently, so there’s little discrepancy between, say, the export numbers from China for product headed to the U.S. and that volume’s consumption in the U.S. market. It normally takes a few weeks. But last year, and so far this year too, it’s months and months for product to transit into the hands of the end user.

FLOORING CATEGORY PERFORMANCE
The two categories that posted the highest rate of growth, resilient and rugs, are also unsurprisingly the two categories with the highest ratio of imports. Resilient was up by over 31%, and rugs were up by 25%. Both are clearly in high demand, with resilient’s rigid LVT products still surging through the market. And area rugs have been a go-to for remodeling on a budget, with brisk business in the big boxes and mass merchants eclipsed by online sales.

Resilient imports were up nearly 35%, although, with so much of that volume moving from China to California’s ports, the most clogged sea route, a huge proportion was locked in transit. Domestic production was up 15%, reflecting the wave of new facilities in the last few years.

Carpet and rug imports were up about 35%, reflecting not just demand for rugs, but also higher-end carpet, including woven and hand-tufted products. The carpet category, which outside of the higher end and some commercial and hospitality carpet, relies almost entirely on domestic production, grew by about 13% last year, with the most robust activity at the higher and lower ends.

Hardwood, which has lost ground in recent years to SPC, rebounded strongly last year with over 20% growth, driven by imports and inflated by price increases-in volume, it was up by single digits. Laminate flooring, the other major casualty of SPC, posted 11% growth. Another product competing at entry level, sheet flooring, also reversed course and grew. Some of the gains in all three product categories came from their availability in the market, while bottlenecks clogged the imported SPC market.

Another strong category was ceramic tile, up over 17%, mostly from the import side, which now accounts for about 65% of U.S. consumption. Domestic production was up by over 5%.

In terms of marketshare, resilient flooring was again the biggest gainer, now accounting for 27.5% of U.S. consumption and closing in on carpet, which slipped marginally to 29.1%. Rugs and wood flooring gained some share, but despite growth, both ceramic and laminate slipped a little.

While residential flooring drove industry growth last year, the commercial market has been strengthening, with sectors like education and healthcare leading the way, and the corporate sector also becoming more active. (For a complete overview of the state of commercial hard and soft surface flooring, see next month’s Commercial Market Report.)

HOUSING MARKET 2021
The most dynamic and arguably the most problematic market right now is residential housing. Demand has been extremely robust, in large part driven by pandemic impacts. Low mortgage rates have helped drive demand, but high prices have held back sales and also boosted the multifamily market. Many families, unable to afford a home, instead have turned to better rentals.

On the single-family builder side, flooring is at the end of a long list of inflated materials in short supply. Construction materials have increased in cost far more than most consumer products; many have more than doubled. And that has led builders to do what they can to cut costs, and often flooring, among the last of the interior finishes to be installed, is in the crosshairs-putting pressure on flooring suppliers, already under pressure due to the increased costs of their products. Needless to say, passing on price increases at every stage of the value chain has been problematic.

Stimulus checks are often cited as a funding mechanism of the residential remodel trend since the early days of the pandemic, but another major source of funding for homeowners came in the form of attractive refinance rates. According to Freddie Mac, the low rates in 2020 and 2021 led to the second-highest milestone since the 2003 peak. A lot of that refinancing money went into home remodeling, including flooring. Now that mortgage rates are on the rise, refinancing is poised to slow.

And as pandemic conditions appear to be receding, consumer spending habits are poised to shift. Remodeling is likely to give way to more spending on travel and recreation, though builder and multifamily should have a strong year, with project backlogs providing a head of steam on the single-family builder side and high rental demand driving multifamily.

Many of the supply chain issues seem likely to continue through much of the year. In the U.S., there’s still a trucking shortage, containers sitting at port and flotillas of ships waiting to dock and unload. Labor shortages in the U.S. are still impeding the smooth functioning of every aspect of the flooring industry. And many material costs are still on the rise.

China’s recent lockdowns is leading to new bottlenecks that will ramify through the global market. More lockdowns throughout the year would further the disequilibrium.

Russia’s invasion of Ukraine has had a range of impacts on the flooring industry. Beyond the broad impacts on fossil fuel costs, from transportation and energy generation to refinement into the polymers used in flooring, both nations are big suppliers to the flooring industry. Ukraine is a major supplier of clay to European ceramic manufacturers, including the Italians, which are the biggest importers, by revenue, to the U.S. market. Russia’s white oak goes to European and Asian wood producers, and a lot of the Asian product and a smaller percentage of the European product is sold to the U.S. And Russia’s Baltic birch is the most prevalent engineered hardwood core in the U.S. market. Most hardwood producers are hunting down alternatives as supplies dwindle.

Fortunately, the economy is healthy and growing. And it has proven to be resilient during the course of the pandemic. Inflation, which has been marginal for so long-held in check by federal policy-now presents perhaps the greatest threat to the economy. But in terms of the production and transportation of raw materials and finished goods, both domestically and across the oceans, a moderation in demand could help ease the congestion and renew efficiencies in the supply chain.

For the complete Annual Report, see the May 2022 issue of Floor Focus Magazine.