Annual Report 2015: State of the industry and floor category reports 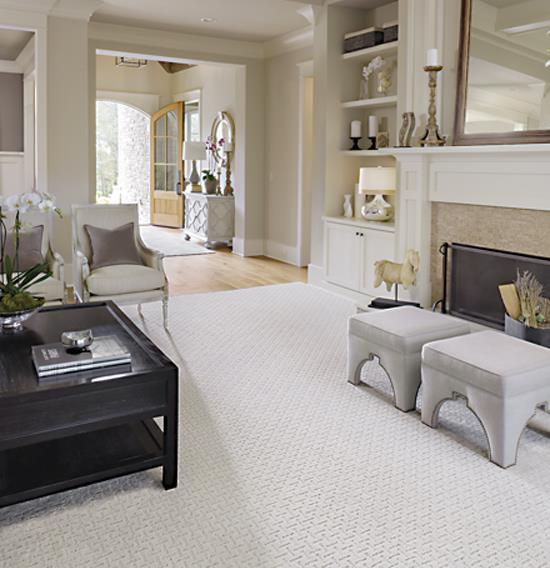 In 2014, despite how the frigid winter stole early momentum and how the market never really got its legs underneath it after that—no pent-up demand, no summer surge—the flooring industry still managed to eke out 3.8% growth, which was about half the rate of growth in 2013, ending the year with total revenues of $19.782 billion, according to Market Insights.

At the end of 2013, everyone thought 2014 would be on fire. Huge housing starts were predicted—a 25% to 30% increase in new units—but it never happened (units ended up a little over 1%). It’s likely that the winter did more than just delay the season. The fact is that it was a very costly winter across most of the nation, and just getting through it and recovering from it was, for many households, a substantial financial hit.

Contrast that to the beginning of 2015. Again, the large homebuilder companies are predicting vigorous growth (around 20%), and again it was a vicious winter. But there are key differences. For one thing, the severe winter weather came a bit later and was in general more geographically limited, with the Northeast getting the worst of it—in fact, mild weather in many regions, including much of the West, made this last winter the warmest on record for the U.S., according to the National Oceanic and Atmospheric Administration.

Even more significantly, fuel costs have fallen dramatically over the last year. For instance, average U.S. gasoline prices in the winter before last started off bumping around $3.30 a gallon, leapt up to $3.70 in May 2014, then proceeded to freefall, finally hitting around $2 a gallon right at the heart of this winter. Since then, prices have settled up to around $2.50.

Add to that a stronger economy, improved employment and the mere passage of another year without any huge economic crisis, and the American consumer is liable to be feeling a lot more secure than in the last several years.

It’s worth noting, however, that one condition that can impact the economy, and certainly the domestic flooring producers, is the dollar, which has been strengthening substantially over the last 12 months. A strong dollar generally means it’s less lucrative for U.S. manufacturers to export and more lucrative for foreign producers to import. In 2014, with only part of the year influenced by gains in the dollar, flooring imports were up 10% while domestic production climbed less than 0.6%. So while the strong dollar reflects the relative strength of the U.S. economy, it does come with its own set of hurdles and challenges.

Single-family existing home sales ended the year up 4.0% from 2013 to a seasonally adjusted annual rate of 4.47 million, while condos and co-ops were flat.

Multi-family sales have helped drive flooring business, and though last year was strong, with record investment and high rental rates, activity in that market has started to slow.

According to Lawrence Yun, NAR’s chief economist, “After a quiet start to the year, sales activity picked up greatly throughout the country in March. The combination of low interest rates and the ongoing stability in the job market is improving buyer confidence and finally releasing some of the sizable pent-up demand that accumulated in recent years.”

In the new home market, total 2014 sales topped 435,000, up 1.2% from 2013 and the highest figures since 2008. But in March, according to the National Association of Home Builders (NAHB), following strong seasonally adjusted activity in January and February, new single family home sales fell 11.4% from February. Nevertheless, David Crowe, NAHB’s chief economist, reports that Q1 “is the best first quarter since 2008.”

March new home sales were up 5.9% in the Midwest, compared to down 3.4% in the West, 15.8% in the South and a stunning 33.3% in the Northeast. That Northeast number appears to have been driven by the winter weather, for a second year in a row.

However, when it comes to housing starts, results so far have not been reassuring. Seasonally adjusted January starts were down less than 1% and February starts fell another 15%. And March was up only 2% from February’s weak showing to 936,000 units.

Looking ahead, an overall easing of credit conditions should help drive construction in both the commercial and residential sectors. NAR reports an increase in credit approvals for FICO scores of less than 620 and less differentiation for scores above 620—in other words, top scores do not confer as much of an advantage as in recent years. And both commercial and residential builders report improved credit conditions for acquisition, development and construction.

FLOORING HIGHLIGHTS
Last year was another good year for hard surface flooring, which continued to take share from carpet, and the pace of share shift has, if anything, accelerated into this year. Carpet’s share of the U.S. flooring market fell from 43.1% in 2013 to 41.9% last year, according to Market Insights, while ceramic was up 0.3% to 13.1%, hardwood went from 13.4% to 13.8%, and resilient had the highest proportional growth, going from 10.9% to 11.3%. Both rugs and rubber flooring were up marginally, and laminate was the only hard surface to lose share, going down 0.1% to 5.4%.

Resilient’s gains were expected, and they’re almost entirely due to luxury vinyl taking share in both the residential and commercial markets. But LVT is poised for even more drama as huge domestic capacity comes online this year and next year. Though resilient flooring imports slightly outpaced domestic production in 2014, this year should see U.S. production surge ahead. And it’s also going to create a lot of dynamism in the market, as foreign LVT producers lose their American partners and look for other ways to penetrate the U.S. market.

The carpet industry barely posted any growth last year, despite compelling industry-wide initiatives like all of the pet-focused products, but gains in carpet should improve this year. Wood flooring was up last year, even as capacity constraints drove prices higher. This year, with plenty of capacity, sawmills are most concerned about limited demand. Ceramic tile also had a good year, both in terms of domestic production and imports. And ceramics is another category that has seen a lot of domestic investment, mostly focused in Tennessee: Dal-Tile is building a facility in Dickson; Italy’s Del Conca just became a U.S. producer with its facility in Loudon; and Gruppo Concorde, one of the largest tile firms in the world, will soon start building a facility in Mt. Pleasant.

Imports exceed domestic production in both the ceramic tile and area rug categories. In ceramics, it’s largely divided between higher-end European tile and commodity tile from China and Mexico. In area rugs, the division is more between domestic machine-made rugs and imported handmade rugs, though there are boutique mills in the U.S. and there’s also a good volume of machine made rugs from countries like Egypt and India. But the real story in area rugs has to do with channels to market, with online retailing hammering just about every other channel.

In laminates, the main story over the last few years has been share loss, mostly to LVT, despite continuing product development and advanced visuals. There’s been a lot of effort to shore up the higher end of the category, and last year laminate’s gains were about even with the overall flooring market.

For the complete Annual Report, see the May 2015 issue of Floor Focus Magazine.