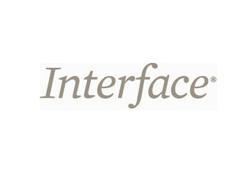 New York, NY, May 7, 2010--Flooring industry analyst Stifel-Nicolaus said that environmental and other trends are lining up to benefit Atlanta-based Interface Inc., the largest carpet tile maker in the world.

The analyst cites Interface's long-time emphasis on sustainability, as well as the practical attributes of carpet tile as the category, which is still in its infancy, looks to take market share from broadloom, both domestically and overseas.

It notes that Interface’s revenues in emerging markets are 11% but are growing rapidly. India, China, and Brazil each represent approximately $20 million in revenues but are clearly some of the highest growth geographies for Interface and can become dramatically higher markets.

"Interface is winning business around the globe because of its recycled content, commitment to reduce greenhouse gas emissions and dramatically reduce the use of fossil fuels," the analyst said. The company has a goal to be 100% climate neutral by 2020.

It notes thatg even in the most mature carpet tile markets in the world, Europe and the U.S., there remain substantial share gain opportunities outside of the office markets.

"We believe market share penetration for tile can effectively double over time and Interface has the leading global position."

Interface has a jump on its competition in most of the emerging markets, Stifel says. While the company has many good competitors in Europe and the U.S., its “local presence” in emerging markets is a key competitive advantage. The company manufactures on four continents, will soon be manufacturing in China, and has established Interface sales teams in areas like India, China and Brazil.

Many of these markets are using carpet for the first time and are going straight to carpet tile.

Stifel said that Interface's sustainability story is now a key competitive advantage and is helping win business through specifiers, which, along with clients in healthcare, education, and other sectors, are increasingly concerned with environmental issues.

Stifel noted that carpet tile penetration in the U.S. as a percentage of commercial carpet stands at roughly 33%. In Europe, it ranges from as high as 44% in the U.K. and Ireland to a low of 8% in Germany. And these are the most penetrated markets in the world.

Carpet tile made its inroads in the office marketplace, but Interface has led the charge to take tile into non-office settings and even into the residential marketplace. Education is now Interface’s second largest end market in the U.S. and its adoption rate of tile is expanding. Other markets like hospitality are in their infancy in terms of using tile.