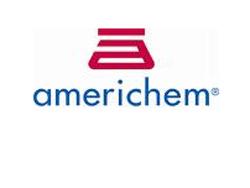 , October 26, 2007-- Americhem, a supplier of color and additive solutions for polymer-based products, has announced several moves in its on-going manufacturing restructuring process.

The company will expand its manufacturing plants in , and , while phasing out operations at its plant.

Closely following the recent expansion of its , facility, the company plans to add new manufacturing lines in the and plants. This will increase production of color and additive masterbatches by 10-20% at both facilities.

"Growth at these locations will help us better address the evolving needs of our clients, particularly those in the fibers and building products industries," said Dave Bouton, Americhem's commercial vice president.

The facility focuses on masterbatches for synthetic fibers while the

Americhem completed the expansion of its facility earlier this year, adding more than 15,000 square feet.

The closure of the