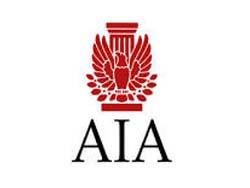 From her earliest projects to her most contemporary work as the founder of her namesake firm, Barney has been elevating architecture in the public realm for over 40 years.

Ross Barney will receive the award on October 13 at Designight 2017, the premier awards night celebrating Chicago’s architectural community and the 2017 recipients of the Design Excellence Awards.

Ross Barney has been in the vanguard of civic space design since founding her firm, Ross Barney Architects in 1981. With a career that spans over 40 years, Ross Barney has made significant contributions to the built environment, the profession, and architectural education. As an architect, urbanist, mentor, and educator, she has relentlessly advocated that excellent design is a right, not a privilege. Her body of work occupies a unique place within the panorama of contemporary architecture, being exclusively composed of work in the public realm.

Ross Barney’s projects vary in type and scale, but uphold a deep commitment to the role architecture plays in life quality; from transit stations that enrich the metropolitan experience; to buildings that are environmental stewards, showcasing sustainability in an overtly compelling way; to spaces that inspire young children and the brightest minds of tomorrow to learn, invent, and break boundaries.

Ross Barney is a graduate of the University of Illinois. Following graduation, she served as a U.S. Peace Corps volunteer in Costa Rica planning national parks.

For nearly two decades, Ross Barney’s studio has been working along Chicago’s rivers. These efforts include the design of the Chicago Riverwalk and studies on all 150 of riverfront across the city. Other Notable projects include the Bloomingdale / 606 Trail Master Plan, CTA Cermak-McCormick Place and Morgan Street Stations, Jewish Reconstructionist Congregation, James I Swenson Civil Engineering Building, Oklahoma City Federal Building and design of schools for Chicago and communities across the country.