A veteran retailer talks about 40-plus years in flooring: Best Practices - March 2017 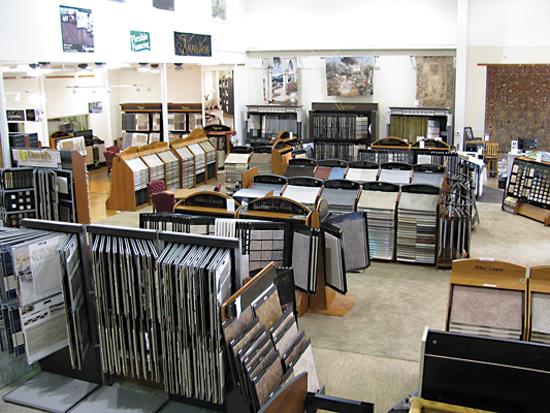 When David Hayes decided to start David’s Abbey Carpet & Floors 44 years ago, he was working two jobs: moonlighting as a supervisor for Mayfield Dairy and also working a part-time gig as a salesman for a small local flooring business. He had three small children at home and another on the way when he announced to his wife that he was going to quit Mayfield and go into the flooring business-for himself-full time. “It was September 1972,” recalls Hayes. “I told my wife that we were going full time in the carpet business. Her reaction was, ‘That’s okay. We’ll make it.’”

Four decades in, with both a son and a daughter-Mike Hayes and Barbie Moore-now in the business and several employees with over 30-year tenures, it’s clear that Hayes has established a business in which both employees and customers find satisfaction. “I learned a long time ago that you are only as good as the people you surround yourself with,” Hayes says. “They have to be happy and make a good living. We give them the best products and showroom, a good commission structure or paycheck, and that’s how we maintain them. We treat them like they’re family.”

PROFILE OF DAVID’S
The first iteration of David’s Abbey Carpet & Floors was a little 600-square-foot retail location in east Knoxville. Hayes started with an offering of carpet only, then added vinyl a few months later, after he’d found someone who could install it.

In 1991, David’s moved to a much larger location in west Knoxville, and in 1998 acquired a well-established business-with a great reputation-in Pigeon Forge, Tennessee when the former owner retired. That business will turn 60 this July.

Today, both locations carry a full range of flooring. The Knoxville store, which is 20,000 square feet, includes a 5,000-square-foot ceramic tile showroom and a 3,000-square-foot area rug space. David’s targets the mid- to high-end of the market, primarily servicing homes that range from $450,000 to $700,000, but emphasizes that it caters to all. “No project is too small or large,” says Moore, who serves as credit manager for David’s.

Currently, residential work accounts for about 85% of David’s business-with multifamily 5% of that-and commercial work makes up the balance. The company’s commercial division is run by Gary Bates, Hayes’ nephew. Like Hayes’ children, Gary has been with the business for decades now. The business’ commercial jobs typically range from $40,000 to $100,000.
David’s has interior designers on-staff at both its locations, and keeps about 30 contract installation crews busy in the field on a daily basis.

“Ever since I started the business, even though I was a milk man previously, I was good at merchandising and marketing,” says Hayes. “I try to be ahead of the curve. Having a clean, well-organized store with the right merchandise is what you have to do to survive in this world. In our store, you will find organization, up-to-date products and sales staff who know the products.”

SPIRIT OF GIVING
Many of David’s Pigeon Forge customers were impacted by the forest fires that raged through the area last November. While none of the stores’ employees lost their homes, Hayes reports that many of his customers lost both homes and businesses. In addition, he points out that many in the area subsequently lost their jobs as a result of reductions after the catastrophic event.

This has obviously impacted David’s business. “We lost a lot of first-quarter business that was sold because of the fire,” explains Mike. “Of course, we’ll see an influx [as they rebuild], but it was an unfortunate event.”

Ultimately, David’s isn’t so much worried about those financial losses as what it can do to help restore the damaged area. Over the holidays, the company “adopted” several Pigeon Forge-area families who lost their homes to the fire.

The spirit of giving is an important part of David’s culture. In 1998, employees of the organization initiated a charity fund to which they donate individually $1 to $3 from each paycheck. At the company holiday celebration, the group chooses charities to benefit from this generosity. To date, it has donated more than $35,000 to 19 different organizations.

In addition, each December the company hosts a supplier appreciation luncheon for those who partner with the business. The event, which draws more than 100, isn’t catered. David’s employees prepare the entire meal.

GETTING THE WORD OUT
With regard to sales, the greatest challenge for David’s doesn’t come from independent retailers, but those customers who never shop beyond the box stores. Hayes explains, “We’re fighting the perception that you don’t have to go anywhere else, and that the big boxes are going to be cheaper-that’s what we have to battle more than anything else. If customers shop both stores, we have no problem.”

“When I opened on Kingston Pike, there were 21 independent retailers from here to Dixie Junction [a distance of about five miles],” reports Hayes. Today, there are only three, he estimates. Chains now dominate the landscape. For this reason, driving traffic and getting the David’s brand name out into the market is incredibly important to Hayes.

One of David’s biggest advertising mediums is home and garden shows. Hayes notes, “There’s a big home and garden show in Knoxville in January. It draws a huge crowd. We’re a major player in that with a 1,000-square-foot booth. There’s another show in Maryville, [Tennessee], another in Pigeon Forge. I’ve been doing them ever since I started in business.”

Hayes doesn’t sell at the shows, but believes that the awareness it drives to his brand is well worth the cost. This year, the Knoxville show exposed the David’s name to 50,000 people in three days. “A lot of retailers don’t go to any shows,” says Hayes. “But it has given us customers-not immediately but spread out over the year.”

Hayes notes that the most recent Knoxville show, in January, clocked “the biggest attendance and best customer base that we have seen in ten years or longer. There was more interest and more immediate traffic in our booth than we’ve seen in a long time. Our booth was full of people for three days.”

FINDING GOOD HELP
Hayes has had several employees with him since the early years. As those individuals retire, Hayes finds it difficult to replace them-in fact, he considers it the greatest challenge his business faces.

“It’s hard to find people,” Hayes notes. “We have hired probably five or six over last two years, and they are all still here and seem happy. On the office side, we haven’t had to start dealing with retirement yet.” Of course, with regard to hiring, the challenge is two-fold. First, they must find the right person, and, second, they must bring them up to speed on the many flooring products on which they have to display expertise as well as installation factors and the like. Who has he hired to replace his veterans? Primarily young designers, says Mike Hayes, who currently serves as vice president of sales.

While David’s sees the potential installer shortage on the horizon, as of yet the business has not struggled with it, a victory that he credits to the efforts of Certified Floorcovering Installers and similar organizations. “Most of our installers have been to training schools; that’s what we look for,” Hayes reports. “The labor pool is going to be tough [in the future], but smart people are getting into that now. We just have to figure out how to corral them. As an industry, we may have to pay more.” This is a technique that David’s uses to stay ahead of competitors in the market.

THE ABBEY AFFILIATION
Hayes joined Abbey after more than 20 years of business. “I joined Abbey for merchandising and marketing. At the time, I was doing a lot of what they do on my own, like private labeling, but it was very time consuming. Once you join, everything comes private labeled.”

Hayes reports that he supports “everything that is Abbey,” and both he and Mike sit on the group’s advisory council. “Frankly, since I joined, my profit margins have been better. I have learned a lot from peers. Most of us have the same problems, but different ways to address them. I appreciate the opportunity to get group input and decide what helps.”

Hayes also appreciates that Abbey allows its members to remain independent. The group doesn’t force products or services on its members. “You can pick and choose what you think will work,” Hayes says. “There are no automatic shipments. You have to order everything.”

Through the group, the company has a new website that is going online in April.

DESIGNER NIGHT
Annually, David’s hosts a designer night at the store, which typically attracts around 75 individuals. At these events, attendees can learn about floorcovering trends and products while earning continuing education credits.