Finkell To Retire from Shaw Industries 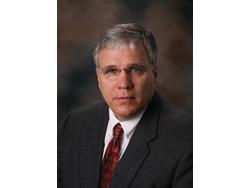 Finkell joined Shaw in 2007, as president and CEO of Anderson Hardwood, when Shaw acquired Anderson.

Anderson has been in business as a hardwood and wood flooring company since the 1940s. The acquisition has played an important part in building Shaw's hardwood business.

“Obviously it is difficult to leave something that has been such a big part of my life," Finkell said in a press release.

"However, I take comfort in knowing that the values of superior quality, inspiring design and environmental sustainability are deeply embedded in the organization. Having this management team in place will lead both Anderson and Shaw Hardwood to even greater heights in the future.

"For me, I look forward to pursuing other interests, such as my work with the Hardwood Federation and getting to know my grandchildren better.”