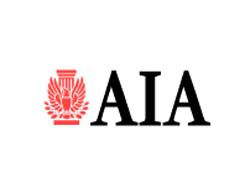 , , June 19, 2007--At the American Institute of Architects (AIA) 2007 National Convention in , the presidents of 16 national, regional and international architects associations spoke in one voice to urge the design and construction industry to adopt well-defined global sustainability goals as the benchmarks of their practice.

We the undersigned, presidents of our respective national architectural institutes, acknowledge the critical nature of global climate change and the urgent need to mount a global response. Statistics clearly show the preponderant responsibility of the design and construction industry for energy consumption and carbon emissions in building construction and operations.

Over the past 35 years, a long list of increasingly urgent calls for responsible action have been issued on the world stage: from United Nations Conference on the Human Environment in Stockholm in 1972; to the Bruntland Report, “Our Common Future” produced in 1987 by the World Commission on Environment and Development; to the Earth Summit in Rio in 1992; to the Declaration of Interdependence for a Sustainable Future, UIA/AIA World Congress of Architects, Chicago, 18-21 June 1993; to the three environmental principles of the United Nations Global Compact.

We call on all architects, engineers, contractors, developers and educators to adopt and implement these sustainability goals as the benchmarks of their practice.

President, he American Institute of Architects

2006 President, he American Institute of Architects

he International Presidents’ Forum is a meeting held each year during the AIA National Convention since 2002. Approximately a dozen presidents of national, regional or international architects association attend the AIA convention, along with other officers and members of these associations. he International Presidents’ Forum was created to allow an opportunity for informal, broad-reaching discussion and information sharing among the leaders of the international architecture community. his meeting allows not only the AIA president to spend time with visiting international leaders, but for the leaders to spend together in a multi-lateral discussion. his is the third year that the presidents have unanimously adopted a declaration on a critical issue.